It feels appropriate to post this story on Thanksgiving since tonight DoN ate many of the native foods these two very interesting and entertaining historians described. Sunday, October 23rd, Alden Cole and DoN attended a splendid lecture by Carla and Allan Messinger who presented fascinating information about the Lenape Tribe, “The Original People“.  The hour was packed with so much information so pertinent to our current situation in America including the notion that by Autumn the people would have stored enough food to last until June of the following year (Economist Suzy Ormond recommends one have enough funds stashed to last eight months – hmmmm), that in 1737 the Indians were perpetrated a hoax when they were promised land forever (sounds like Bush’s ownership society hoax – hmmm), 45% of modern medicine is derived from native American plants (hmmm) and that if it were not for the Indians we wouldn’t know about beans, squash, tomatoes, chocolate or corn (yummm!). 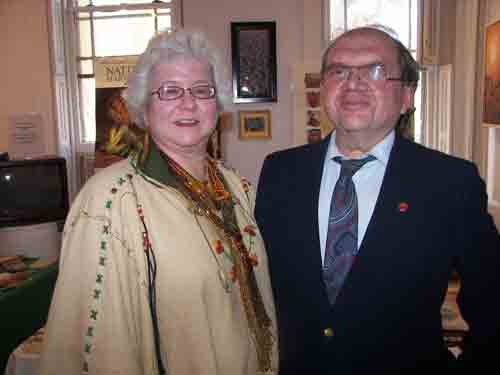 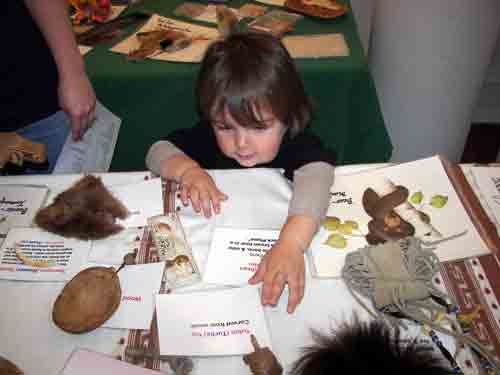 Indian artifacts on display @ Lenape Lifeways lecture.  The Messingers described a full cultural life that worked with the land and respected its resources and explained lessons remembered from the people who originally occupied the banks of the Delaware.  A people who mastered the art of survival.

Carla Messinger (a Lenape descendant) displaying authentic garb.  The lecture was sponsored by the Pennsylvania Humanities Council, you can learn more at www.lenapeprograms.info. 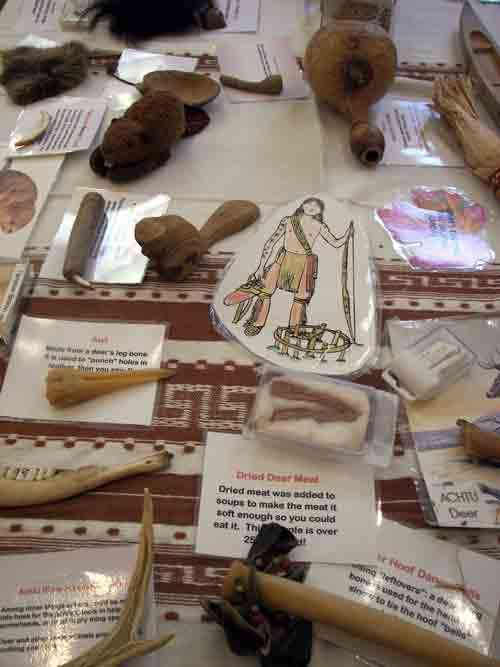 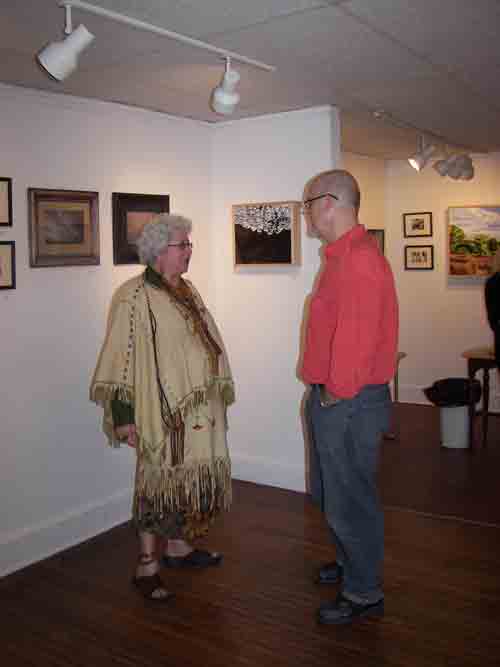