The image above is a digital photo of a projected “Magic Lantern” glass slide that was digitally scanned which DoN compressed for viewing on the web, a long way for a photo to travel.  April 14th, 2010 The Geographic Society Of Philadelphia invited members of The Photographic Society of Philadelphia to view glass slides of a travelogue through Japan by Charles R. Pancoast, an early member of PSoP, from the beginning of the 20th Century in Franklin Hall @ The Franklin Institute.

The invitation only viewing of the slides, not seen since the 1960s, was hosted by Senior Curator of Collections, John V. Alvin, who explained the origins of glass slide projections with the “Magic Lantern” and guided our tour of absolutely exquisite, engrossing, detailed, immediate, gloriously colorful photographs of life, architecture, landscape and fashion in early 1900s Japan.

Example of a “Magic Lantern” projector which allowed glass slides with hand-colored positive photographs to be projected on a wall in the dark with light from a candle.  Magic Lantern shows became a popular form of public entertainment before the advent of electricity and entrepreneurs could purchase a lantern with a set of slides and booklets which allowed them to present guided travelogues, traveling town to town putting on shows like the tour GSoP & PSoP members viewed at The Franklin Institute.

This beautiful image is of a dancer performing in a pagoda displays the beauty, grace, architecture, aesthetics, and quality of life in pre-war Japan as well as exhibiting the high quality of Pancoast’s photography loaded with immediacy, gorgeous composition and technical virtuosity.  Charles Pancoast operated a successful glass slide development business, producing his own slides as well as other photographers, he became a member of the Photographic Society of Philadelphia in 1877, serving as secretary and participating in the  photography section of the Franklin Institute.

This slide is of “The Polar Stars”, Captain Roald Amundsen, Sir Ernest H. Shackleton and Rear Admiral Robert E. Peary in a historic meeting of the famous polar explorers at The Franklin Institute.  The Photographic Society has a long relationship with The Franklin Institute, DoN picked up an invitation to a PSoP meeting at 1305 Arch St, June 20th, 1888 – the conversation was about “the reproduction of negatives” and ” a new developer – Hydroxylamine and Pyro” – PSoP, the 2nd oldest photography club in the world, still holds monthly meetings at The Plastic Club on Camac Street, continuing the long conversation about photography which has been going on in Philly since the beginning of the development of this “magical” technology.

While Alan Klawans, the Exhibitions Chair of The Plastic Club, awarded honors for the excellent Black & White show, DoN observed sunlight creeping across Vetiado # 48, a mixed media painting by Louisa Velben.  The painting glittered as if diamonds are embedded in the surface but the illusion was shiny paint bubbles in the thickly painted and swirled liquid.

Karl Richard Olsen, Portrait, graphite. Bill Meyers, of PSoP, volunteer posed at the Plastic Club, the likeness is striking yet loose and free.

Rebecca Miller, Overrripe: Compost 3, graphite.  Miller is completing the Master program @ PAFA, studying with the extraordinary Scott Noel; this piece was created by drawing on gessoed board, draw with graphite, layer watered gesso over the drawing, let dry, draw some more…the result is an award winning drawing.  Miller also took home a prize the same day from The Philadelphia Sketch Club for an oil painting.  Seeing young new talent emerging from local art schools with the skill of masters participating in the grass roots arts movement in Philly is extremely satisfying.

One of the great aspects of this show is the variety of media displayed, now that photography is accepted in  the art circles as a legitimate art form, many Photographic Society of Philadelphia members have the opportunity to show with their work along side traditional media – some photographers even entered paintings!

Lois Schlachter, Exhibitions Chair of The Philadelphia Sketch Club, and Alan Klawans, Exhibitions Chair of The Plastic Club, at the Black & White Show.  The Philadelphia Sketch Club opened their 147th Annual Exhibitions of Small Oil Paintings the same afternoon – between the two art clubs there are over 300 new art works by contemporary Philadelphia area artists to see.  The juxtaposition of two strong theme shows is visually and psychologically invigorating, one show is limited to size and medium, the other limited to no color, the problem-solving and creativity of the artists is inspiring, entertaining and lucid.

James Dean Erickson, Portrait of Douglass Carr, oil on board.  The model in cap & hoddie can be found wheel-chair bound outside St. John’s, a diabetic, a friend recommended the artist invite him into the studio to pose at the Pennsylvania Academy of Fine Art.  James relayed to DoN, “Portraiture can be a vehicle for therapy, highlights the dignity of the individual, and be a channel for excitement and energy.”

Rachel Constantine, Fifteen, oil.  The title says it all.

Richard Coach, The Fish of Delos.

Like time traveling to a lost and ancient city, this painting could be anywhere in time and space.  Seething with hunger for life, referencing work, culture, taste, serving up skills acquired with trial & error, the exquisite painting and substantial frame is right here in Philly in America’s oldest art club, the Philadelphia Sketch Club.

Kyle Margiotta, Blow, oil.  This would be a great picture for a house with kids, imagine how this masterful painting would elevate the taste of growing minds, simple mark-making telling long stories playing out like fairytales, set in the real world, incredulous expressions speaking volumes.

The pair of pairs of eyes, attractive and expressive, are superb examples of how small paintings capture moments in time, filled with emotions, thought and empathy in a medium which will last for centuries.  Hundreds of years from now the oil paintings being produced now will still transmit stories from our time, the present, to the future, their past.

DoN overheard a man say, “Why don’t they say where these places are?”  DoN pointed out the title does name a place, “Snow Melt, Sand Island“, by Sandra Corpora, it just doesn’t give GPS coordinates.  The man asked DoN what he liked about the painting? “The restraint of using the one thick pure white stroke of paint to represent the most distant point in the painting.”  He looked hard @ DoN & disappeared into the crowd.

147th Annual Exhibition of Small Oil Paintings is through April 24th with 170 of the best oil paintings in the city hanging together, continuing a long history of excellence in contemporary oil painting.

Ona Kalstein by her three entries in the Envisioning Henry IV, Part 1  in the Black Box Gallery @ St. Stevens Theater @ 10th & Ludlow Sts, Lantern Theater Company.  Ona designed images signified with memes, language and typography in a trio of drawings; child-like blood drops spurt from the cracked crown, a “garment made of blood” is saturated with droplets while the King wails and blood soaks the pea fields of the Battle of Shrewsbury with red tear-drops, the simple shapes communicating on multiple levels.  Ona designs hippy-style typography into the image as if they are pages in a coloring book for kids with sophisticated adult language.

June Blumberg‘s exuberant composition of the hard partying gang hanging around Prince Hal are a buffoonish bunch of clowns – thuggish, scary clowns with swords and big smiles.  Blumberg won an honorable mention for her painting from the jury committee…the naive primitivism & quirky composition is fun but not jokey.

Alden Cole attended Lantern Theater Company‘s Art Director, Charles McMann‘s, lecture @ Da Vinci Art Alliance in late February since the play had everyone scratching their heads, Henry IV, Part 1 is not one of Shakespeare‘s better known plays, and the lecture sent Cole into an exploration of the Seven Deadly Sins and how they relate to the characters in the play – Hal is slovenly, Falstaff is corpulent and Hotspur is haughty – all based on self-portraits.  To develop the composition Alden acts out the facial expressions, photographs himself, composes the scene in Photoshop then paints in oils on an enormous canvas.  Acedia Luxuria Superbia.

Lilliana Didovic, Lilliana Didovic & David Foss @ Envisioning Henry IV, Part 1.  Didovic painted abstract weapons and Foss layered and destroyed paint to visualize wounded flesh, the metaphors and significations are not forced but real.  The exhibition is loosely divided between “abstract” and “representational” art, like a battle of the art styles, David’s painting is visceral and scarred like a mutilated warrior and Lilliana’s gentle coloration is a contradiction in terms – beautiful weapons.

Hal by DoN, oil on canvas.  Photo by Morris Klein.  DoN Brewer used a variety of media to draw from such as fitness magazines, hairy bear blogs and Google to find inspiration for a new painting based on the play, after being creatively blocked around painting, having a theme to work inspired DoN to paint again.  DoN saw Hal through Jersey Shore eyes with “the situation” and “GTL” representing the young prince, the hairy bear as Falstaff and a leather bar of conspirators based on a painting by John Cawse.

Envisioning Henry IV, Part 1 in the Black Box Theater in the Saint Steven’s Theater is running in conjunction with the Lantern Theater Company’s production of the Shakespeare historical play. 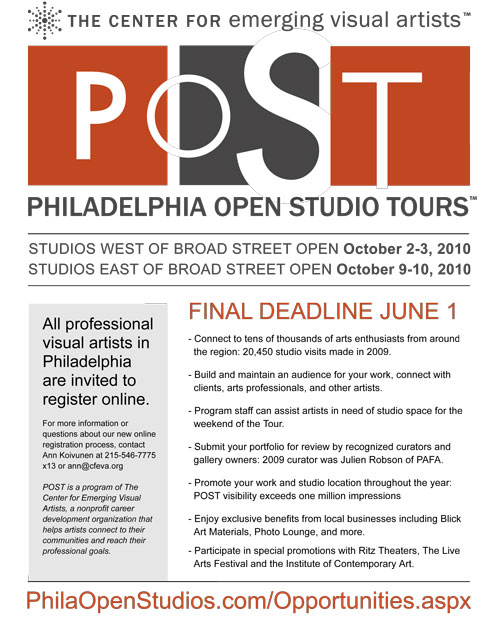