The Landscape Within @ The Center for Emerging Visual Artists is a “spotlight exhibit” of art which transports the viewer to worlds within – alien landscapes, thought bubbles & dreamy reveries.  The gallery space @ 15th & Locust encapsulates the work of three artists whose work is completely different (sculpture, painting & photography) yet communicates themes of desolation, introspection and confusion like TV channel surfing and somehow a narrative emerges by combining cartoons, war news and commercials.  DoN enjoys being alone in the echoeing gallery absorbing the contents in quiet solitude but the art party Thursday evening drew a swell noisy crowd to celebrate the accomplishments of sculptress Kara Rennert, painter Sean O’Neil & photographer James B. Abbott.

Even though Kara Rennert‘s sculptures of mythic women seem to have Kara’s eyes she insists she finds inspiration for the female faces in magazines and online.  Each sculpture is one of a kind and not made from molds, if Rennert tries to duplicate a favorite she finds that the new piece is somehow better than the first.  DoN commented that the elongated fingers of the figures seem Medieval, Kara explained that the hands are simply more expressive when the fingers are unusually long and perhaps she’s unconsciously obsessed with the sense of touch.

Amie Potsic told DoN that when she saw Sean O’Neil‘s paintings she thought, “I wish I’d done that!”  O’Neil’s large paintings combine All American memes: home-sweet-home, boys to men, war mongering and altered states. Even though Sean’s style is sort of super-flat, there is no irony or kawaii, in fact some of the paintings are scary.  DoN‘s nephew has decided to join the army, he wishes the young man could see war through the eyes of an artist; there surely is glamor in donning a uniform and shooting high powered guns but his world is sure to be turned upside down.  Sean shares studio space with cake artist Amy Stevens; DoN wonders if she leaves tasty treats for her studio mate and why he’s not as big as a house.

James B. Abbott is a long time habitue of 3rd Street in Old City but many of the mysterious images in The Landscape Within exhibit are the result of his Dune Shack Residency on Cape Cod.  Imagine this: you are driven to a remote salt box shack on the curly peninsula with only well water to drink, an out-house, a few weeks supply of food and your old Graflex Polaroid camera with the goal of doing nothing but attempting to capture the denuded landscape.  James told DoN that the extended daylight on the Cape allowed him to work mornings and evenings and nap in the afternoon.  The panoramic combo compositions are so evocative of the wintry landscape DoN could almost hear the wicked wind but the single landscape shots with the vestiges of the polaroid negative process along the edges like Space Invaders are simultaneously abstract and editorial.  Like many artist, Abbott made a living as a commercial photographer, bending to the whims of editors and clients but is now able to use that experience to produce his own product – great photographs.

Final thought – art isn’t just for adults.  When DoN saw a kid running around he thought, “Uh-Oh!“, there goes Kara Rennert‘s doll-like figures perched on pedestals but it turns out little 5 year old Sophia is a big fan and as she left with mom, Nina, she hollered back to Kara, “I love you!“

Gallery 22 in Center City West is an artist collective under the direction of Shawn Murray with rotating exhibits of member artists as well as an ongoing group exhibit.  The space is lovely with wonderful light and excellent presentation – the current show Energy & Matter was installed by Shawn and member artist Diane Podolsky, pairing the expressive paintings by Podolsky with photographer Bonnie Schorske.  Before last Sunday’s meet & greet DoN had the opportunity for some quiet conversation with Diane Podolsky while Katy the ArT DoG & Lady Doofie (the St. Bernard/Chihuahua mix) lounged on the sidewalk on 22nd Street.

Over the Summer Podolsky held a teaching fellowship with the Center for Emerging Visual Artists to work on an inter-generational art project bringing together young people and residents of a nursing home.  The gist of the program was to get older people to pass along stories of their lives to the youngsters, incorporating the tales of their lives into an upcoming art installation.  The kids were captivated by the stories told by an ex-professional baseball player from the Negro Baseball League in Philly, a former jazz club singer and folks who lived in simpler times in Germantown.  The project involves cut out paper flowers & leaves and paper clothes to be hung on a clothes line in a nine foot long installation with the stories written on the elements.  Diane was surprised at how much the kids enjoyed hearing the stories and sewing the paper clothes – many of them had never threaded a needle let alone actually sewing.  DoN will keep you posted as to when the completed work with be displayed.

Diane is quite self effacing about her work even though the bold works are expressive, intriguing and vibrant.  Her style is abstract yet naturalistic, combining brushy strokes of muted color with recognizable objects such as chicken wishbones, woody tree shapes and animal forms.  Matched with Bonnie Schorske’s impeccable black and white photographs of Majorica, the overall effect is transcendent as if following Alice down the rabbit hole.  Bonnie told DoN there is a hidden narrative in the installation which is fun to investigate – kind of like “Where’s Waldo” on an highly sophisticated level.  The skill and beauty of the artists’ work is perfectly complementary with dreamy photo realism aligned with neo-geo paintings; Energy & Matter is on display through November 8th to be followed by a one person show of paintings by the incomparable Ed Bronstein, Explorations…..in the Neighborhood featuring paintings created in Katy & Lady Doofie’s favorite place, the dog park! 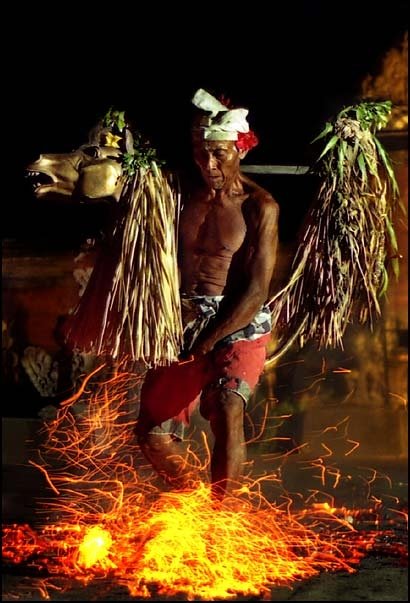 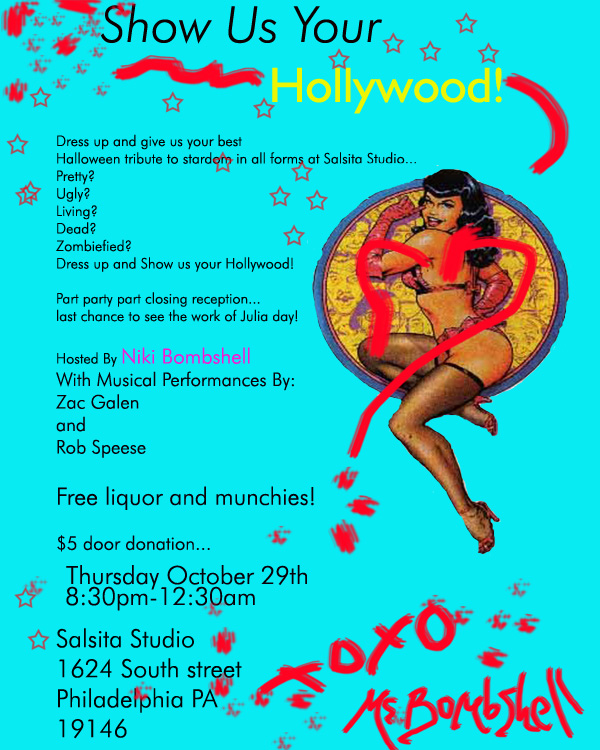 DoN had the opportunity to interview artist Niki Bombshell and learned she’s a neighbor!  You never know.  Bombshell is a graduate of Moore College of Art & Design  and is not only a fine artist/illustrator & designer, she is also a curator producing exhibits for James Oliver Gallery, SAGE Projects Gallery & Salsita Studio.  DoN also learned Niki prefers to use found objects and recycled materials to produce her work, unless someone provides her with a canvas to paint.

The party @ Salsita on South Street sounds like it’ll be a blast!  Attached is Niki’s resume. 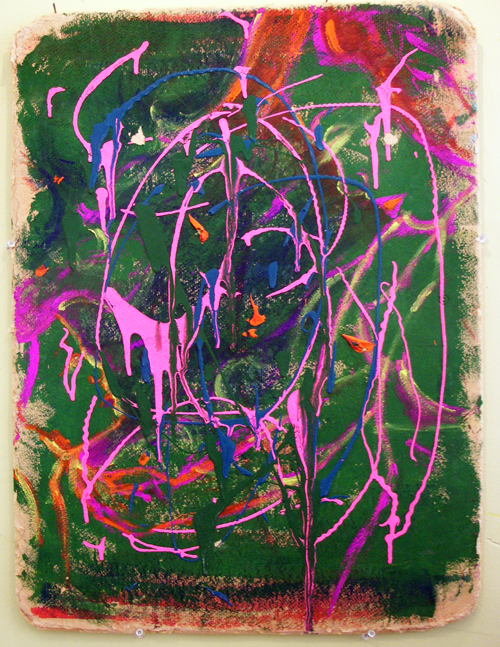 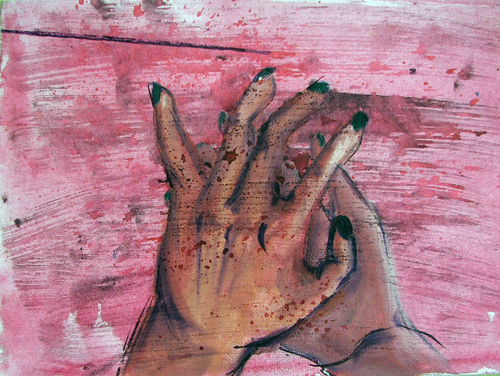 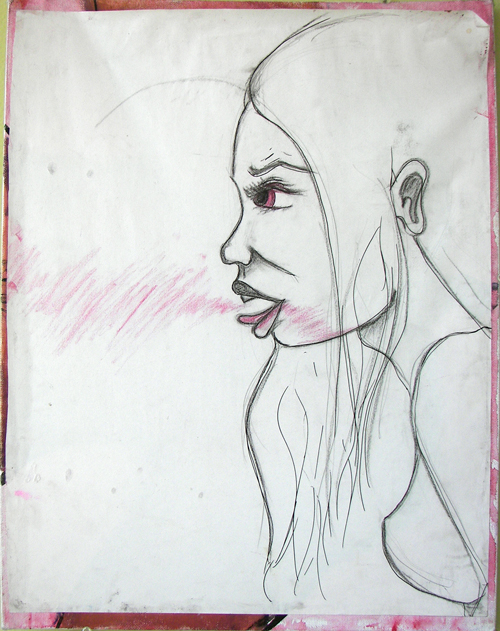 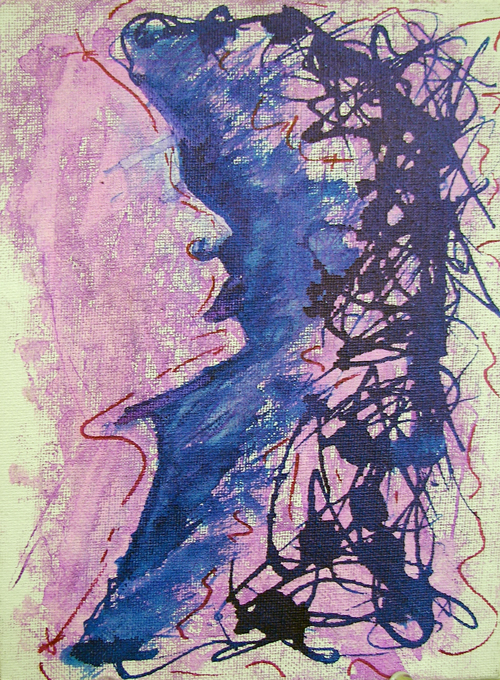 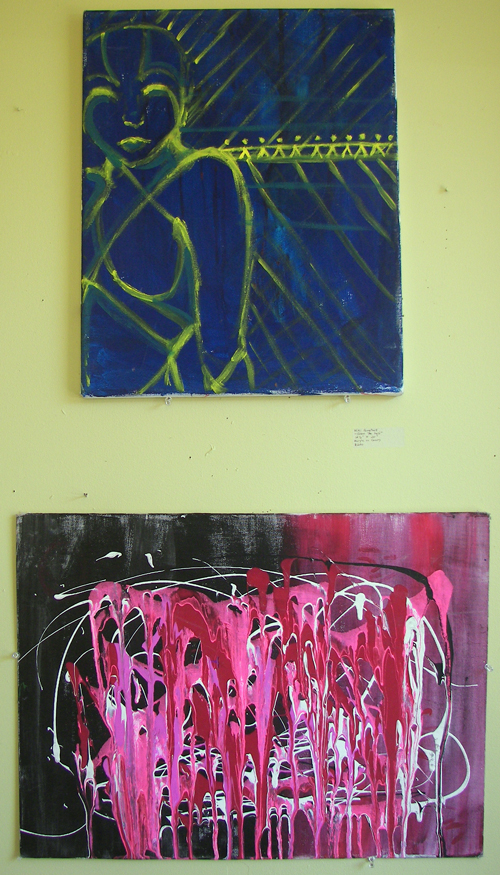 The Beauty Shop continues their history of promoting exciting new artists; the current show by artist/illustrator/designer Niki Bombshell combines brutalist abstract expressionism, naive primitivist drawings and bold drippy paintings.  Unframed and tacked to the walls, the works are real eye-catchers and very reasonably priced.  DoN especially enjoyed the sloppy hand-written labels and the total lack of self consciousness in presentation; you can tell the artist loves splashing paint, layering images, ripping the edges and moving on to the next project.  And, oh yeah, the coffee is great – The Beauty Shop Cafe has totally transformed the neighborhood from a place to avoid to a destination for hipsters, moms and geeks – thanks Jon!