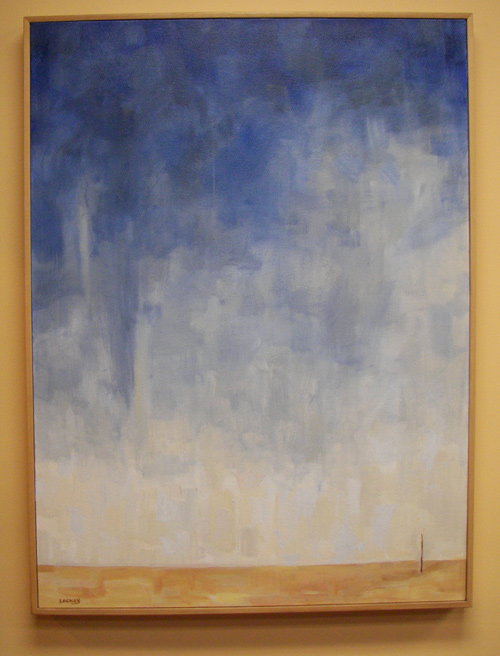 Angela Lackey is a great observer, she paints contemporary landscape-like images from her memory and imagination.  Morphing the reality of what she sees into a framework of her own image language, a sense of corporeality is infused into the paintings like remembering a place you’ve been.  Applying her secret formula to small and large surfaces, each painting is evocative of a time and place.

The Fishtown Airways Gallery is a wonderful space to show art with high long walls painted a buttery tone and large windows facing oncoming traffic on a corner of East Girard Avenue – great exposure and really friendly people.  Maryanne took DoN on a tour of a soon to open authentic ice cream parlor down the block, authentic counter with pink & gray formica and cool pics of Philly music legends line the walls.  The neighborhood vibe is family oriented, it’s cool that an art gallery is part of the infrastructure. 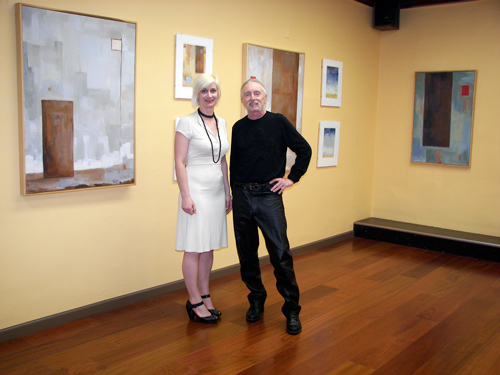 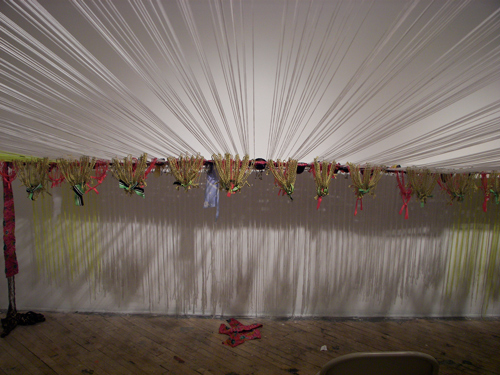 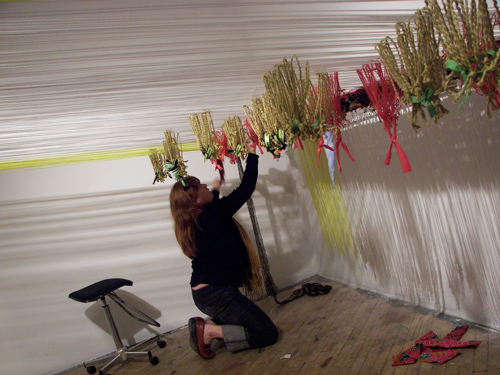 DoN spoke with Luren Jenison about this interesting interactive project ongoing @ Workspace, 319 North 11th Street; the entire room is converted into a giant loom, guests are encouraged to participate with the materials at hand or schedule time to stop by and weave for a while.  You can bring your own stuff to weave, when the large fabric is complete it will be combined with other loomed pieces created in other spaces – so temporal and time-trippy. 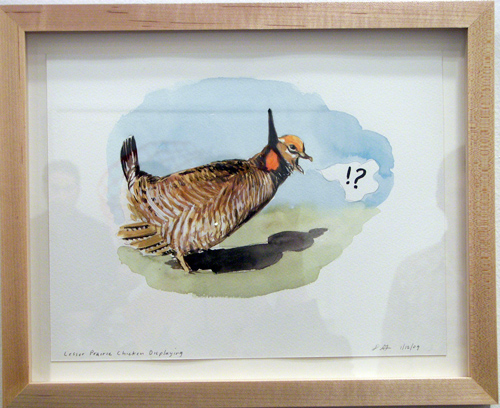 David Guinn is a well known muralist, his wall compositions usually include animals.  The four paintings of birds Guinn is showing at Tiger Strikes Asteroid @ 319 North 11th draw on his ability to communicate with a broad audience yet be intimate and attentive.  These paintings seem to have a built in soundtrack, by painting punctuation marks in amorphous thought bubbles the birds speak; DoN could almost hear the silence in the painting of the snow owl.  By now, David is in Montreal working on a mural with artist collaborator Phillip Adams. 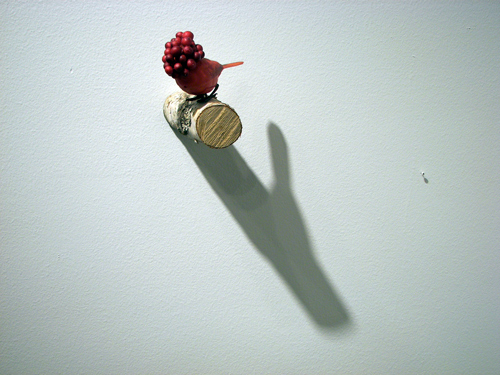 Other artists in the N4TUR3 show @ Tiger Stikes Asteroid include Regin Igloria, Jackie Hoving, Thomas Vance and Beth Brandon – the TRON-ified nature images in this compelling collection of paintings, drawings and constructions depict a dystopian world view with brightly colored mutants, talkative birds and aggressive recombinant objects from the future.