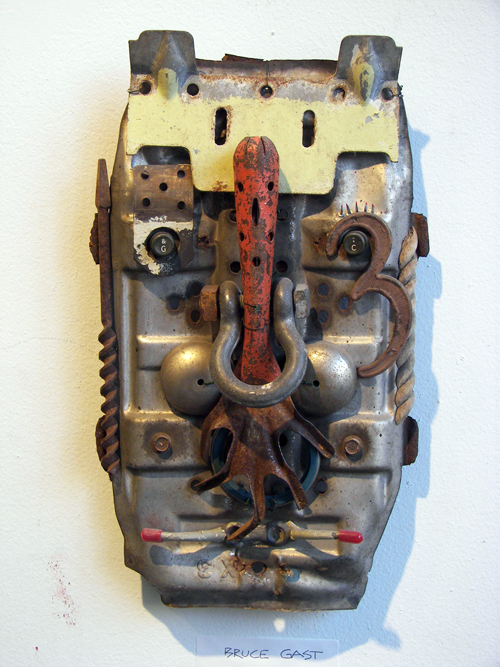 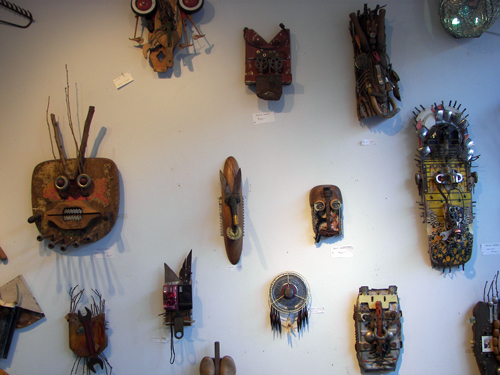 Like some alien tribal mask collection, Bruce Gast‘s found object constructions tell the story of an art collector from a galaxy far, far away who loves to capture and mount the heads of his trophies from space safaris.  Each piece has a personality from another dimension, tapping into race memory and cell consciousness like some wacko Venus of Willendorf on a moon of Jupiter.