Karl Olsen lights the subject of an impromptu critique of Yeoun Lee‘s paintings during the monthly Salon des Plastiques @ The Plastic Club on the Avenue of the Artists.  Lee took up the challenge from a previous meeting to bring out a few paintings on the sweltering Summer evening to stand up to the observations of Anders Hanson, Bob Jackson, Mike Quinn, Alan Klawens – the guys behind the on-going series of exhibitions at one of Philly’s premier artist clubs.  DoN couldn’t help to harken back to the days when air conditioning was a dream yet to be realized.  Yeoun explained the cosmological influence on her current work with light being represented by a subtle rainbow of color. 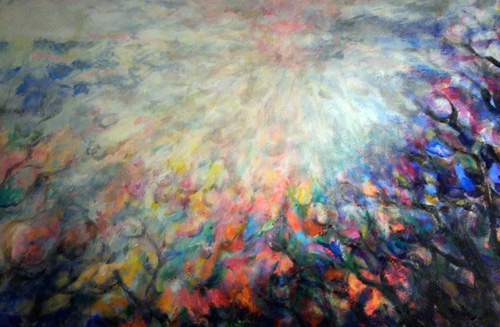 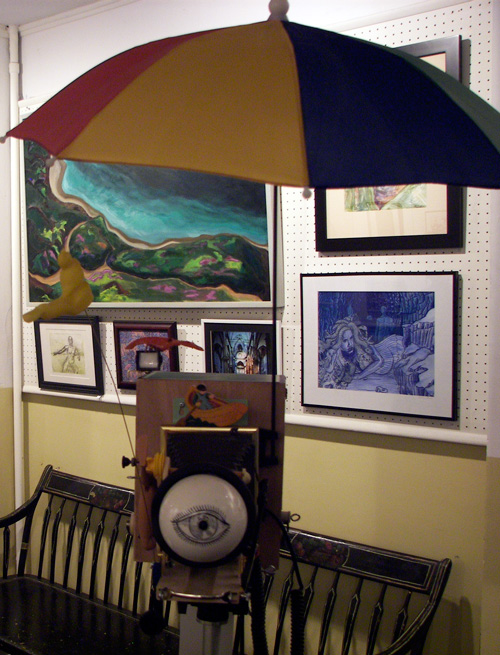 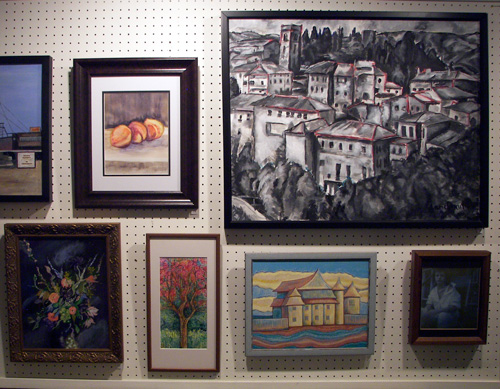 Members of the Plastic Club are showing works not directed by a theme allowing for a salon like diversity of styles and medium; curators Alan Klawans and Bob Jackson filled the main galleries with a spectrum of light and color. 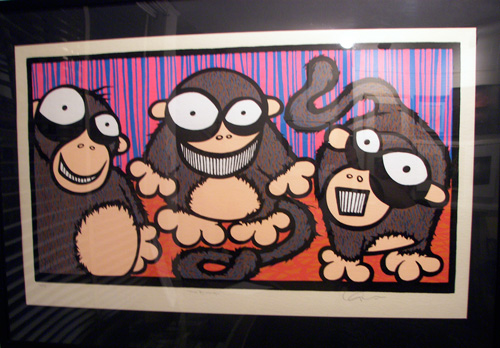 Marlise M. Tkaczuk, 3 Big Monkeys, silk screen in The Casual Show.  The Plastic Club has long represented printmaking with a great print room and print shows; Marlise’s confrontational funky monkeys are part clever and engaging, jumping off the wall.  Check the clubs website for info and links to events.