Envisioning Hamlet is an art show by members of Philadelphia’s Da Vinci Art Alliance based on Shakespeare’s play “Hamlet” currently being performed at the Lantern Theater to rave reviews. Several months ago, Charles McMahon, the creative director of Lantern Theater spoke at the club and explained his concept for staging the play; set in a post WW1 dystopian landscape, the play draws the audience into the diabolical circle of deception, madness and death.

More than 30 works of art are on display in the black box theater in the basement of Saint Stephen’s Theater @ 10th & Ludlow Streets ranging from neo-expressionism to abstraction to mixed media construction and impressionism. The art show is open through May 3rd, the play has been extended through May 17th. 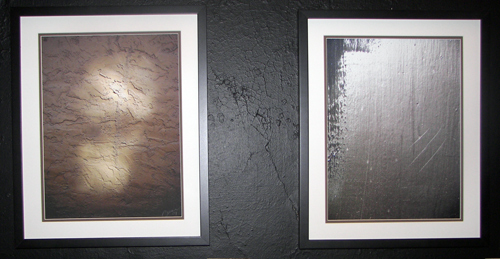 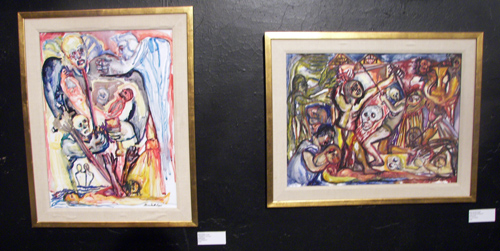 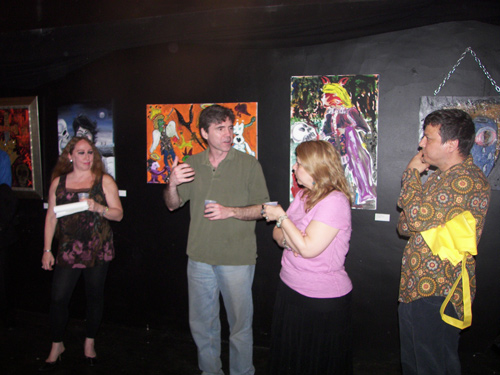 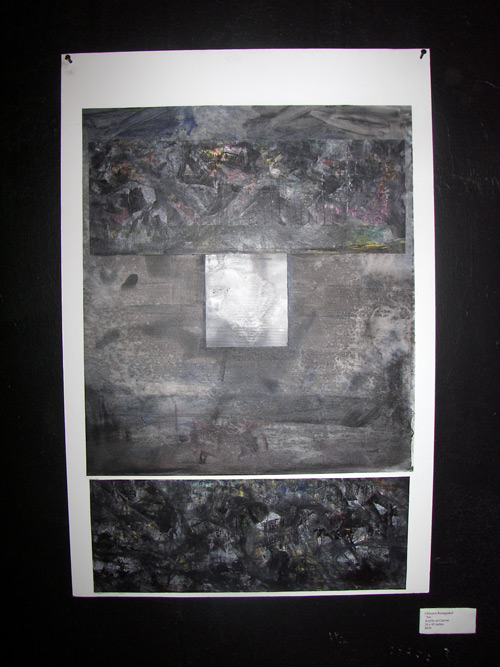 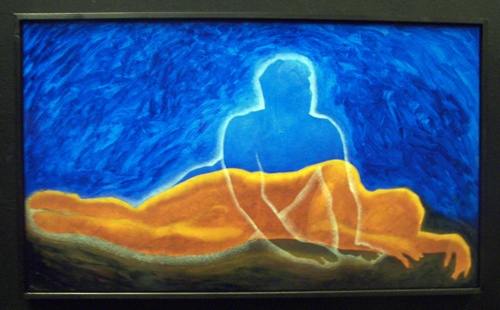 Alden Cole‘s, “Oh, that this too, too Solid Flesh“, oil on panel.

Themes of madness, despair, symbolism and love permeate Envisioning Hamlet, the gallery is in the lower level of Saint Stephen’s Theater.