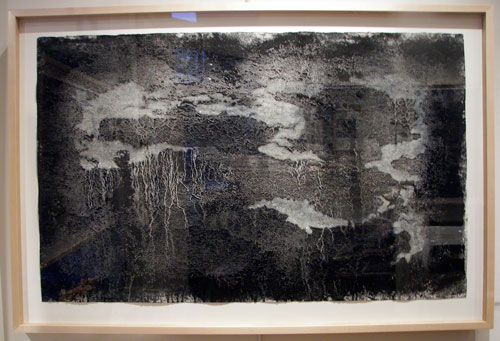 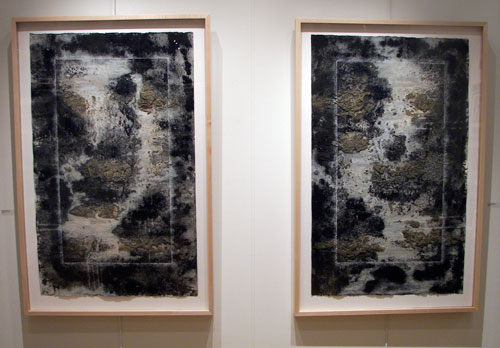 Karen S. Davies like cities but she likes the country better, she’s obsessed with patterns of foliage, light & darkness, the movement of water like in the back bays and marshlands of the Jersey Shore. To Davies the winding paths through the deep grasses have their own personalities, she emphasizes aspects of the natural world on the surface of her mixed media pieces. 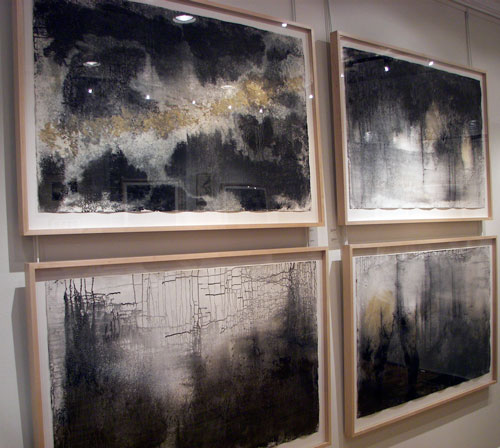 The large works incorporate unusual yet common materials to create what Paul DuSold called a “…cosmic suggestiveness that comes through as very satisfying.”  Stop in Twenty-Two and ask Karen what the secret ingredients are that make the heroic pieces glow.