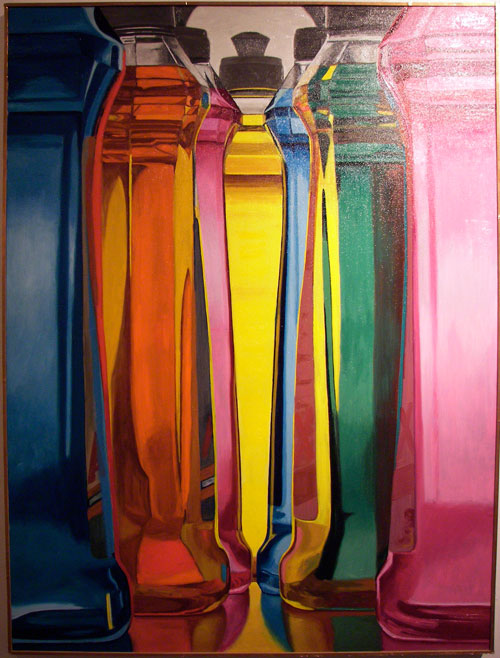 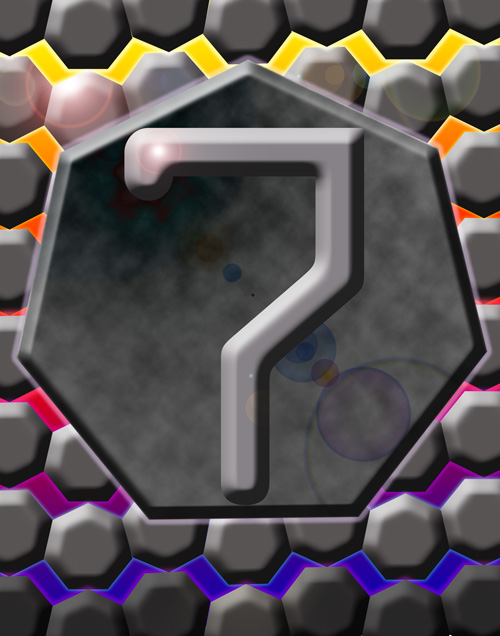 DoN Brewer, Heptagon, photoshop.  DoN was honored to be on the jury committee to select the medal winners, which also freed him to produce whatever he wanted for the show.  Seven will be shown at The Noyes Museum annex in Hammonton, NJ this Fall. 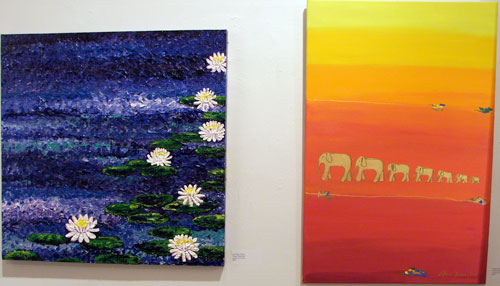 Lois Allen Charles, Seven Waterlillies and Lilliana Didovic, Seven Elephants @ Seven, the current member exhibition at Da Vinci Art Alliance has a wide interpretation of the symbolism of the number seven, yet the discussion around the sign went on long after the show was installed.  The DVAA exhibitions committee really tapped into a concept the members could grok. 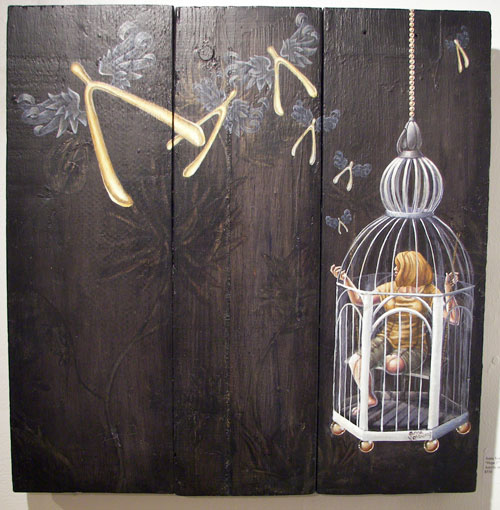 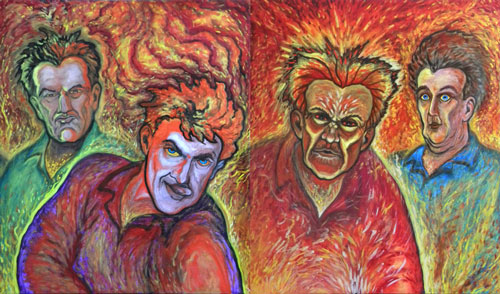 Photo courtesy of the artist.

Alden Cole completed his series of self portraits portraying the Seven Deadly Sins, the first three sins are included in a painting Cole produced for DVAA‘s Henry IV, Part 1 @ The Lantern Theater Company’s Black Box Gallery.  These two panels, though, are more explosively emotional, brashly colorful and deeply introspective; Alden acts for the camera then paints the facial expressions with light, color fields and texture as if he’s looking deep into your being, reflecting back the many faces of sin.