Susan Abrams makes her own paper, applies emulsion and exposes them to light in her darkroom; working with negatives she captures a wash-like effect, distorting reality, repurposing each line and shadow. Abrams is a teacher in her former life and watching her interact with the kids, explaining her process in simple terms, was a very enjoyable experience.  The Enclaves Gallery looks just beautiful with Susan Abrams’ work energizing the space with nature, science and impeccable presentation. 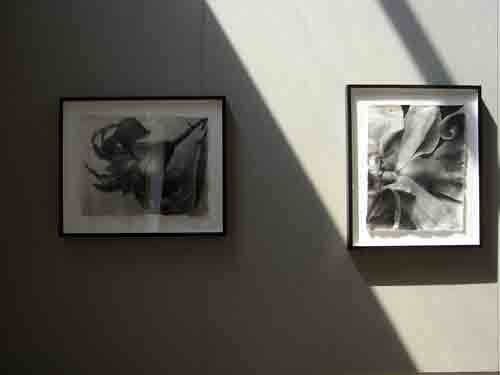 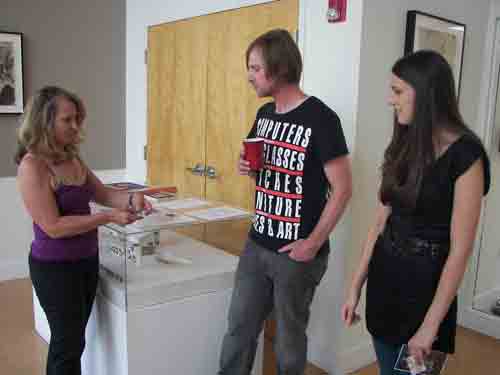 During Susan Abrams reception, DoN met Stephanie Yuhas of Project 21, a collaborative project bringing together film makers, artists, designers, actors…to create teams and make a movie in 21 days, followed by a film festival.  Stephanie and DoN dished about local viral video star, Nora the Piano Playing Cat and Angry Video Game Nerd.  This is a geat opportunity for the New Media community to get to know each other better, the way the Philadelphia Sketch Club, the Plastic Club, PANMA and DaVinci Art Alliance bring together creative people. Maybe Comcast will put some videos on all those blank “public access channels”?  Or on that faboo screen in the lobby?