October 23rd, Alden Cole and DoN attended the opening of the Green Exhibit at Philadelphia City Hall, the 56th group exhibit for local emerging and professional artists with the exhibit focussing on concerns about our environment.  The art display cases have been updated with improved lighting and larger exhibition space allowing the 45 participating artists to show their own take on what it means to be green.  Carol Cole has always reused cast away objects to include in her striking sculptures which appear to made of metal and stone but usually turn out to be styrofoam and plastic – so clever. 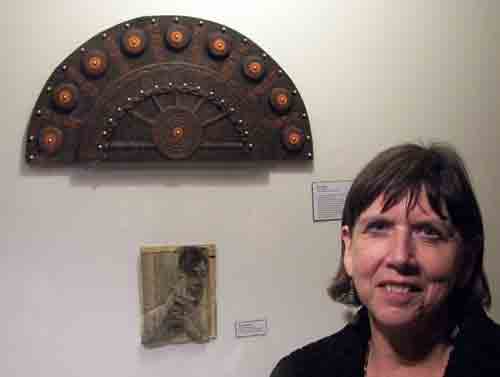 Dolores Poacelli @ Art in City Hall’s Green Exhibit.  Dolores reuses used aluminum printing plates which she dumpster dives for even though the rats scare her.  These two amazing pieces still reveal traces of the imagery that came before she sanded, rusted and glued the panels onto wood. 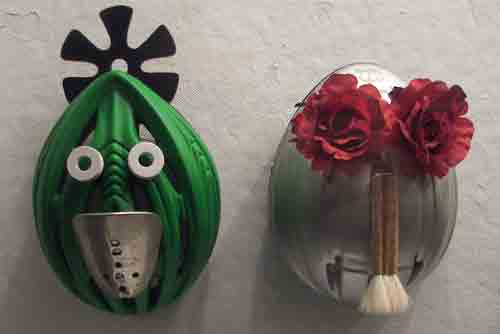 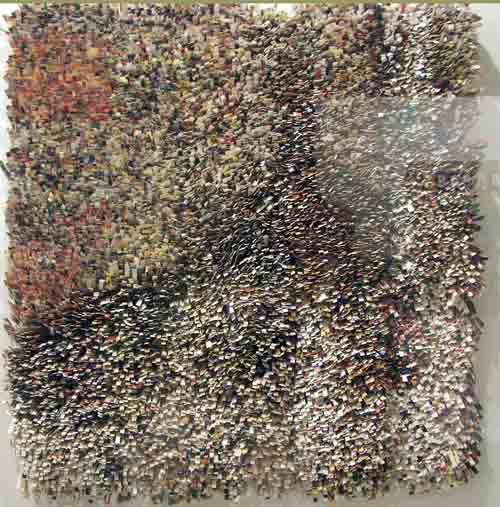 Junk Mail Shag by Valerie Linhart created with shredded junk mail.  DoN LoVeS iT!!!  The Green Exhibit @ Art in City Hall runs through January 23, 2009.  Support your local artists and go buy some art since their are no commissions and the quality is so high.  DoN even got to say,”Hi!” to Mayor Nutter. 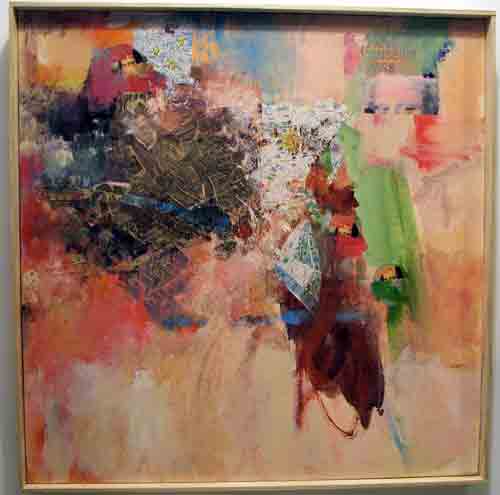 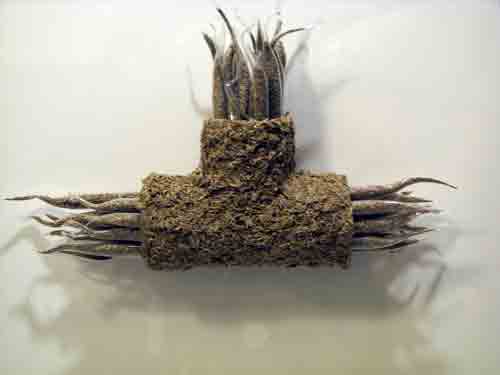 Paula Mendel‘s “Growth Where You Least Expect it” @ Art in City Hall. 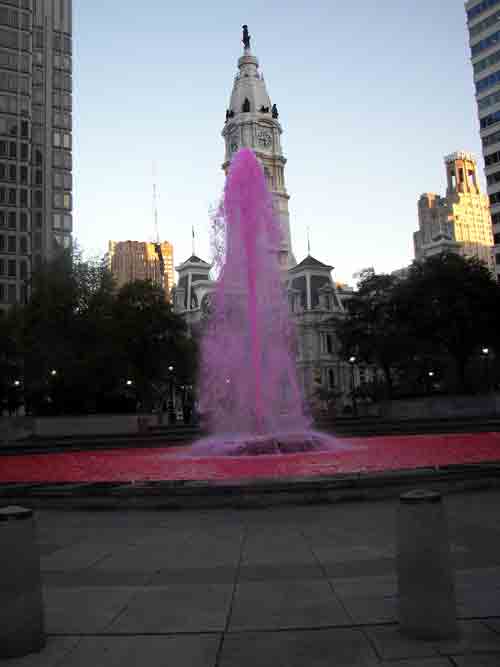