Friday evening, June 27th, DoN and buddy Les attended the Willy Way Cabaret benefit for Transway featuring the Keith & Tom Show.  The William Way Center is Philadelphia’s gay community center with a library, archives, on-going art exhibits, workshops and support groups and is one of the few places trans-gendered people can be welcome and comfortable, allowing men who identify as women to engage in girl talk and women who identify as men to be out and proud. The show in the upstairs ballroom featured Tom Wilson Weinberg on the piano and singer Keith Kaczorowski performing original songs and cabaret standards by Sondheim, Kurt Weil and Leonard Cohen – the last song, “Hallelujah” played in DoN‘s head for several days after. The juried art show in the lobby is first rate and unabashed with beautiful paintings, photographs and mixed media works of the highest quality.

Do you ever feel bad about missing a show?  DoN could have kicked himself on Sunday when he realized he had missed the closing presentation forEnvisioning Othello at The DaVinci Art Alliance.  But here’s a tip – even if you show up at the last minute, the artists are happy to see you and many will take time to stay and talk. Shoshana and DoN chatted with Millie Hiibel, the costume designer (and Barrymore Award nominee) for the Lantern Theater Company’s presentation of Othello on which the art show was based, David Foss took time to explain the upcoming Found Art show, artist Ona Kalsteindescribed her inspiration for two ink on vellum drawings, “I Am Not What I Am” and “Crocodile Tears“, which are based on favorite lines from the Shakespeare play, Lilliana Didovic expressed how it feels to take down a piece from a closing show but also the elation of presenting something new for the public to view, Alden Cole dropped off new work featuring window frames from the afore-mentioned Divine Lorraine Hotel which he re-purposed as picture frames – talk about Found Art.  As a long-time member of the infamous Dumpster Divers artist collective, Cole has become expert at bringing discarded objects back to new and vibrant life. The Envisioning Othello show was supported and funded by the Pennsylvania Humanities Council.

Also there was a sense of excitement in the air as DaVinci artists brought in new works and took home the old ones – DoN was fascinated by the friendships and support the artists provide for each other – he can hardly wait to see what the DaVinci Art Alliance has in store for the next opening 7/12.  DoN also bumped into Debra Scott curator of the Enclaves Gallery which has an opening on the same day for Susan Abrams but it’s in the afternoon, DoN suggests you attend both and have an artful day.  PS – DoN uploaded poet Mel Brake’s video on YouTube from the Enclaves last show. 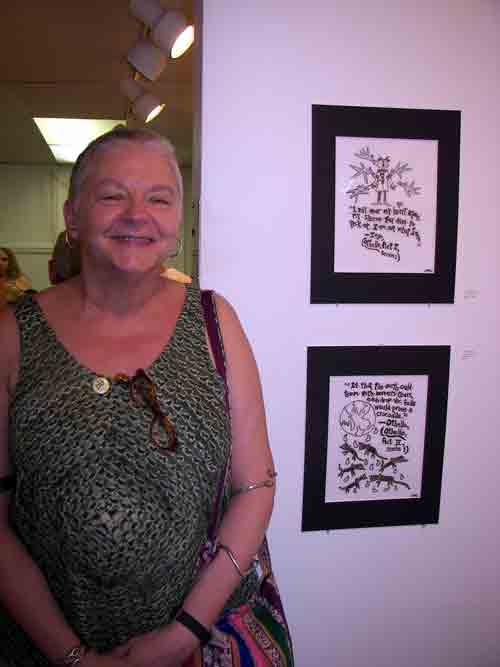 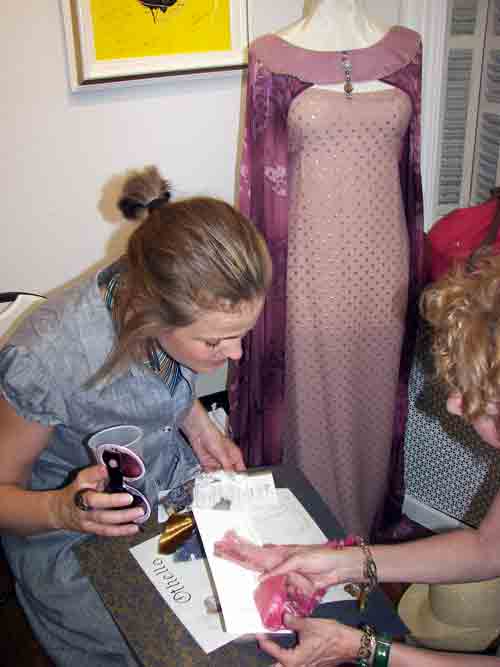 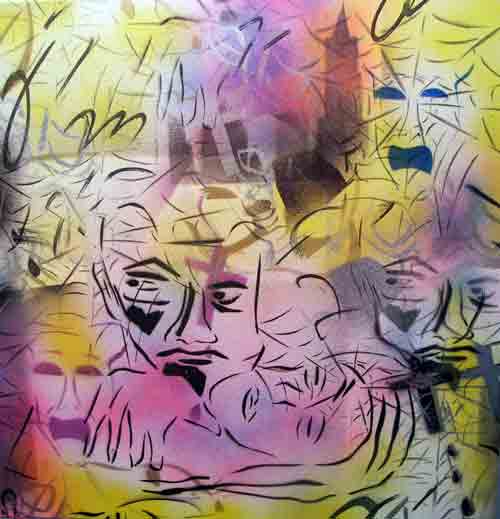 DoN would like to thank all of you for the kind words and support you have offered regarding DoNArTNeWs.

All photos by DoNBrewerMultimedia Photography.