DoN visited the  Flowers Galore show at The Church of the Holy Trinity on Rittenhouse Square which is held in conjunction with the Rittenhouse Square Flower Market for Children’s Charities.  Not only is the elaborate Norman style interior stunningly decorated, there is beautiful stained glass from English, French and American studios including five by Tiffany and one by Luc Olivier Merson.  The church is a wonderful supporter of local artists and DoN was surprised by how many of the fifty displayed he’s familiar with; the simple display of each painting on an easel with it’s own spotlight was inventive and a wonderfully modern twist to the Romanesque space.  Holy Trinity’s next show is June 6th – June 12th – DoN recommends you not miss this wonderful city landmark and the great images by local artists. 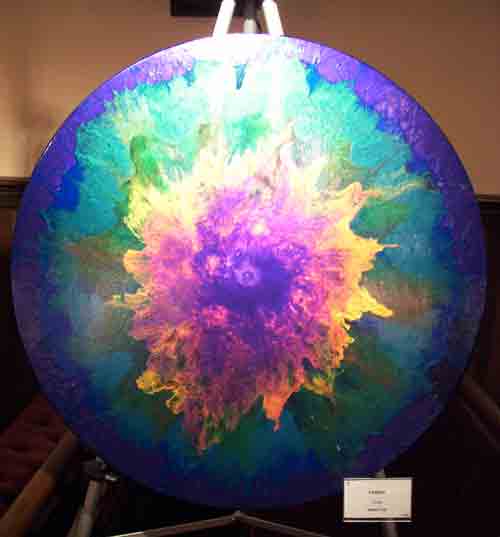 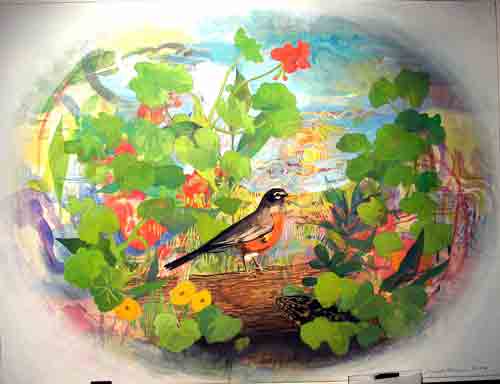 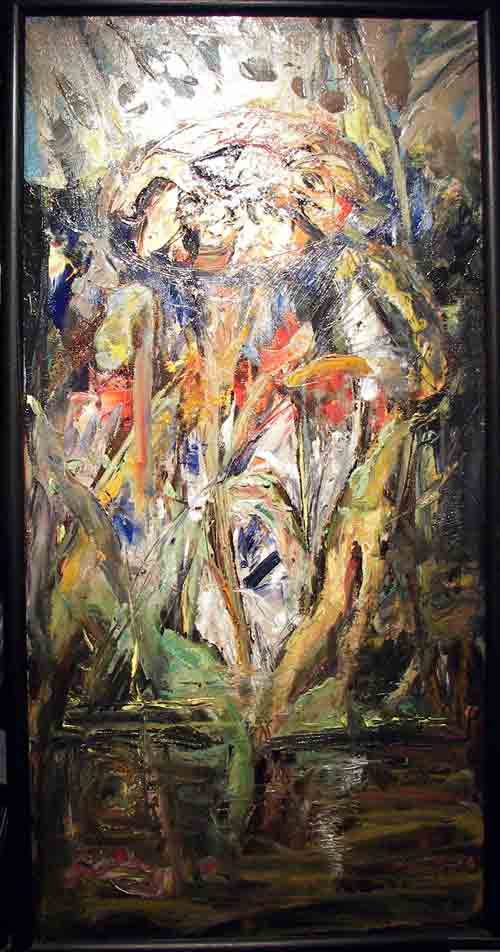 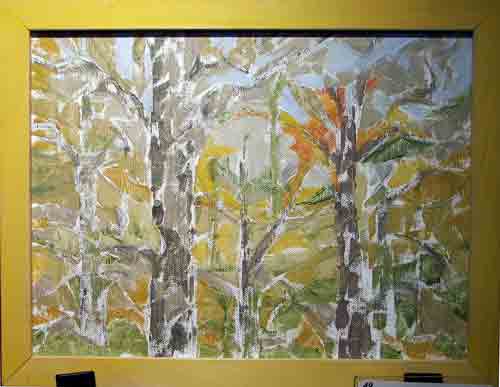 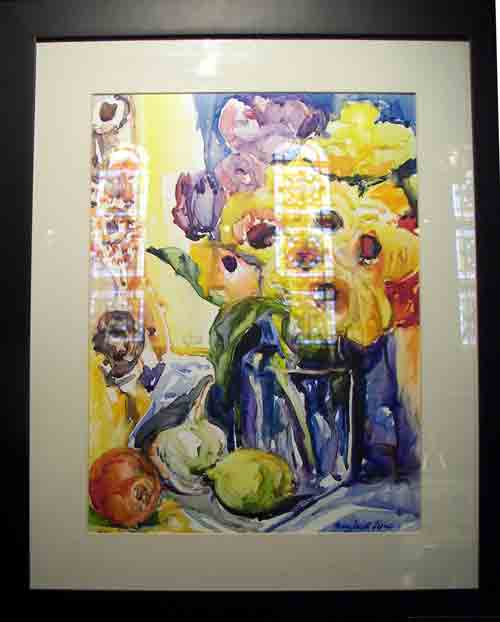 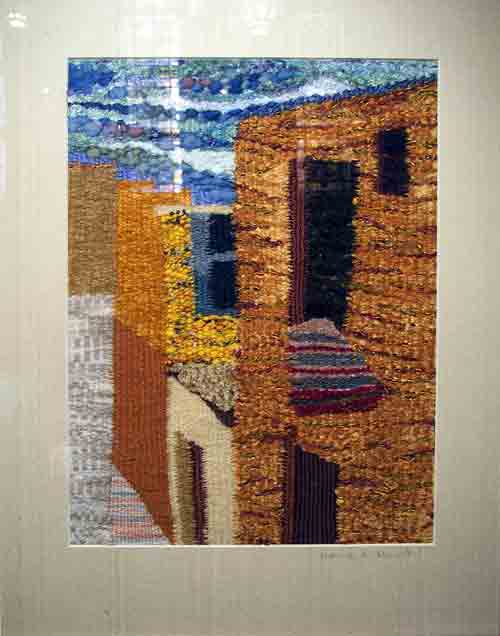 Friday night DoN went out in the rain to the opening party for Henry Horenstein at Gallery 339; the show, Animalia, includes spectacular B&W visions of animal portraiture.  DoN had the opportunity to talk with HH about capturing the stunning images of sea rays, peacocks, primates even dogs, some images require he wait patiently for hours for the creature to assume the pose that is to become a beautiful work of art.  Horenstein has published several books of photographs including Canine, Aquatics and the new Animalia, the show at 339 includes images from each of the series. 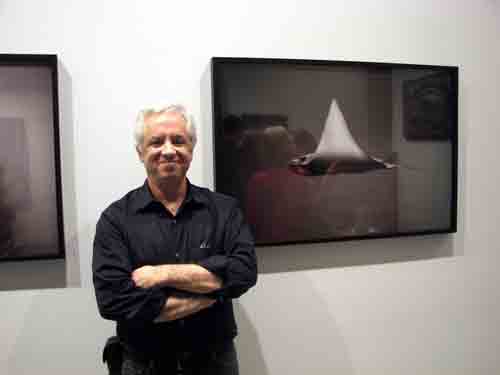 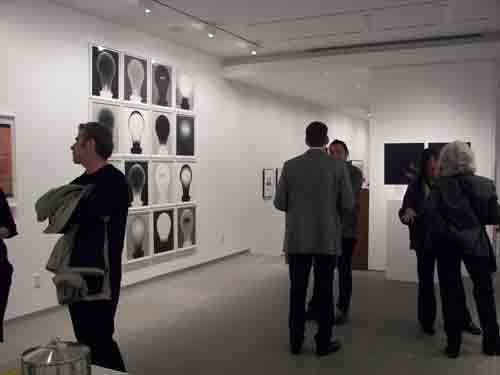 Sunday Shoshana and DoN visited Olde City to attend the artist reception for Dr. Doris L. Peltzman but the party was cancelled because there was a festival on the Parkway celebrating the 60th anniversary of Israel.  Luckily, a greeter was there and Sho & DoN got a private tour of A Tribute to Jewish Women at Old City Jewish Art Center – “A mother, wife, sister, friend; a woman of valor is righteous, humble, giving and wise.”  DoN missed seeing Doris but her art speaks for itself; lovely, exquisitely executed florals and still life oil paintings are lined up salon-style along a bare brick wall revealing the strong talent of this independent woman. 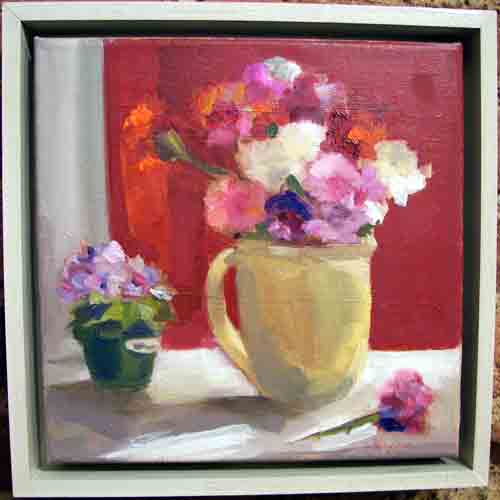 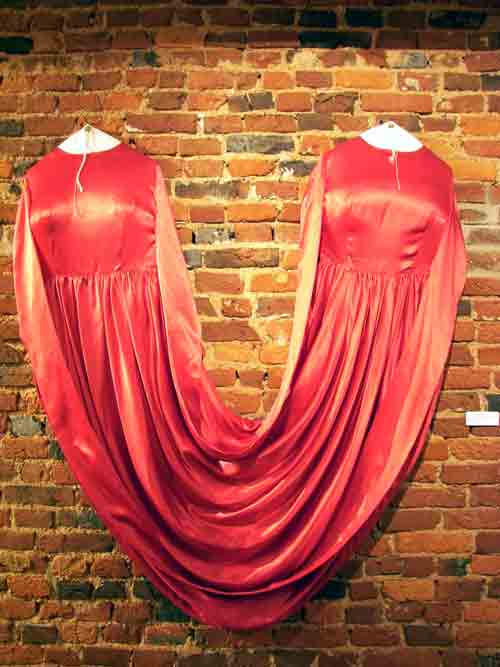 Libbie Soffer, Wall Hanging of (2) co-joined dresses, based on the Bible story of Hagar and Sarah. 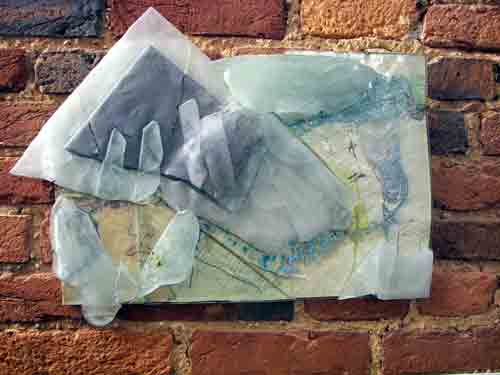 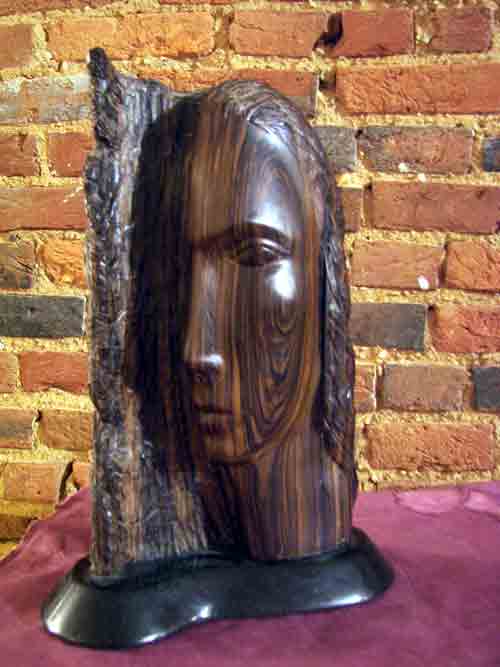 Down the street, Shoshka  and DoN visited ORYTAH Judaic Arts and Culture, nestled in the heart of ‘s   arts district,  was founded in the fall of 2007 by the Niv family. Their vision continues to be to create a space that beautifully showcases the dynamic nexus between timeless Jewish tradition and modern Judaic art. (ORYTAH website).  The gallery features fine art, photography and a vast array of beautifully ornate Judaica; the current exhibit is honoring Israel with works by Shifra Liveatan, Debra Kapnek, Avi Biran, Michael Cohen, Sergey Ivcheko, Talya, Victor Shrem, Gail and Riva Shifrin. 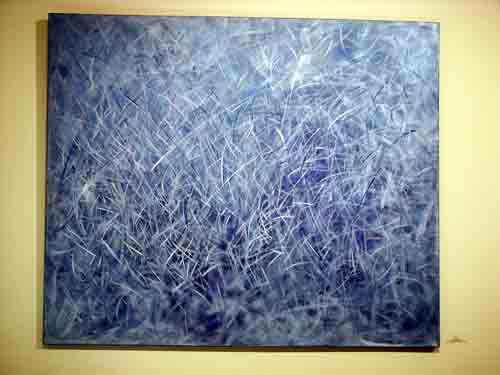 Talya @ ORYTAH.  Talya is a Philadelphian who immigrated to Israel and now lives and works in an artist community called Kiryat Shemona. 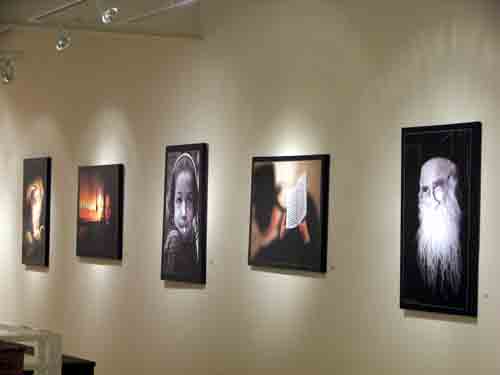 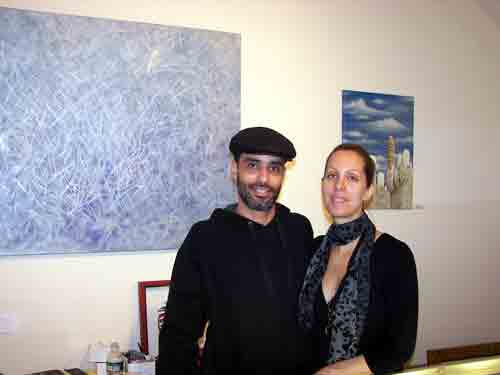 Sharon & Sharon (yeah, they have the same name), gallery owners of ORYTAH.

DoN spotted a painting of a dinosaur in a gallery window which drew him into Rodger LaPelle Gallery where he had the opportunity to chat with Mr. Lapelle himself.  The gallery has been in operation for more than 20 years, Rodger told DoN the reason he likes Philly is that he saw too many talented Philadelphia artists die in NYC – literally and figuratively.  His first space was ironically the same location as the Rittenhouse Gym where DoN recently had an art show.  Mr Lapelle has written for prominent art magazines and blogs including ArtBlog.  The current show is Sarah Hunter with enigmatic surrealistic paintings featuring birds, flowers and animals. 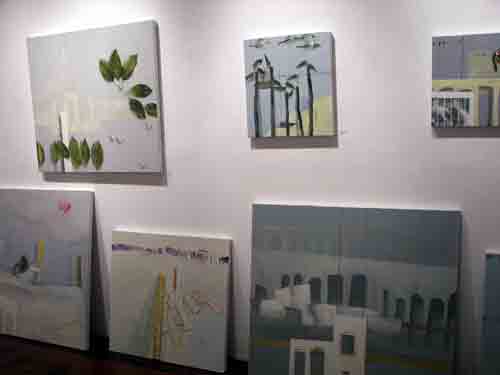 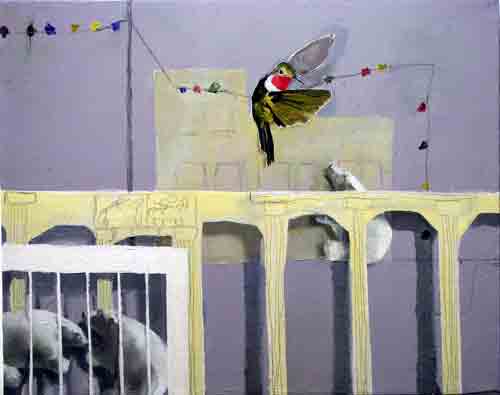 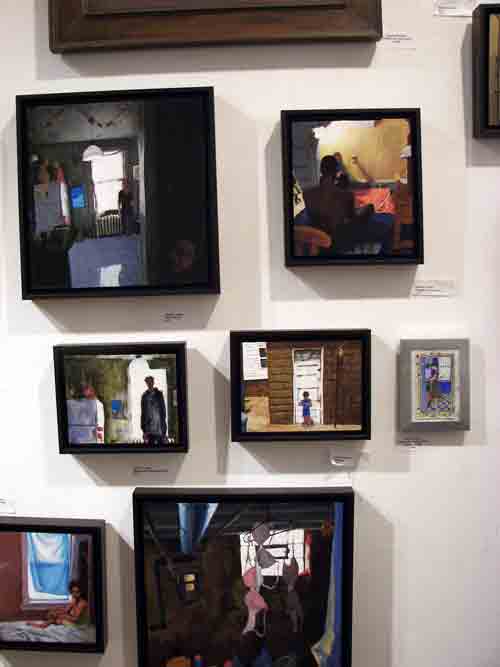 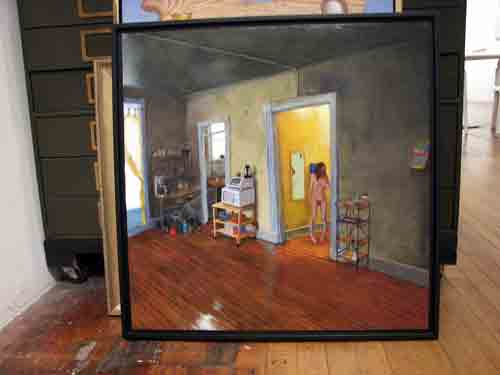 After gallery hopping Shoshka and DoN visited the American Society of Ancient Instruments‘ 79th Annual Festival at Old First Reformed Church at 4th and Race. The ensemble included Florence Rosensweig on pardessus de viole, Paul Miller on viola d’amore, Shaler Moscavitz, viola d’amore, Vivian Barton Dozer, viola da gamba and Marcia Kravis on harpsichord.  DoN time traveled back to the 17th century via music and architecture; the church was founded in 1727, enlarged in 1772, rebuilt in 1837 and restored in 1867, with music by John Bull (c. 1562-1628), Heinrich Ignaz Franz von Bibe (1644-1704), Georg Philipp Telemann (1681-1767). The humid day played havoc with the tuning but the spirit of the players, the elegant music arrangements and the simplicity of the austere space was inspiring.  Art is forever. 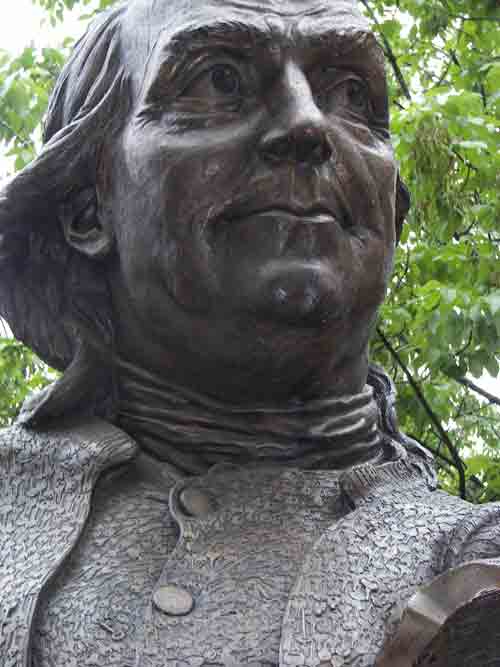 All photographs by DoNBrewerMultimedia Photography.