DoN found himself in the middle of a lively debate over the state of pop music at The Plastic Club. I listen to pop music all the time, Pandora’s Lana Del Rey channel is my go to for walking around town. Art friend Alice expressed strongly that good music had stopped with opera. She also made a screeching sound which she said most pop sounds like. I didn’t even get to say the words EDM, trance or techno-jazz before a much younger artist took on the sisyphean task of describing state of the art popular digital music I put my earbuds back in my head and started drawing.

BeatALS is state of the art electronic music that Alice would just absolutely hate but makes me want to dance, bouncing my head to the beat and falling into a deep nod. The collection of tracks range from party to house to dance with a deep groove that is modern and distinct. The down tempo vibe is alive with ethereal riffs, classic techno, contemporary beats and an uplifting sentiment to always dance, even if others don’t like it, even if it’s just in your head.

“Beyond moving bodies and stirring emotion, music can also be a powerful vehicle for social change. Every90Minutes, in conjunction with Gravitas Recordings, has curated a unique compilation of electronic music for an important cause. “Beat ALS” spans 17 tracks across a number of genres with 100% of the proceeds directly benefiting Every90Minutes, a 501(c)3 nonprofit organization dedicated to funding ALS research through music and events.” – Gravitas Recordings

“Our mission is to support the most promising research to find a cure for ALS. We imagine a world where ALS is a treatable and manageable illness, rather than an underfunded and terminal disease, which devastates the lives of individuals and their families receiving a diagnosis every 90 minutes.

ALS, or Lou Gehrig’s disease, is a rapidly progressive and ultimately fatal disease. ALS robs you of the ability to walk, talk, eat, drink, and breathe, while leaving your fully-functioning mind trapped. There is no known cure, and the few treatment options that exist extend life a short period of time, around 2-3 months. Death usually occurs 2-to-4 years from diagnosis.

Doctors and researchers are leading the charge to find a cure, but are in desperate need of funding. With your help, we can accelerate the treatment and cure for ALS from decades to years, save the lives of tens of thousands of people, and create a future where ALS isn’t a fatal diagnosis.” – Every90Minutes 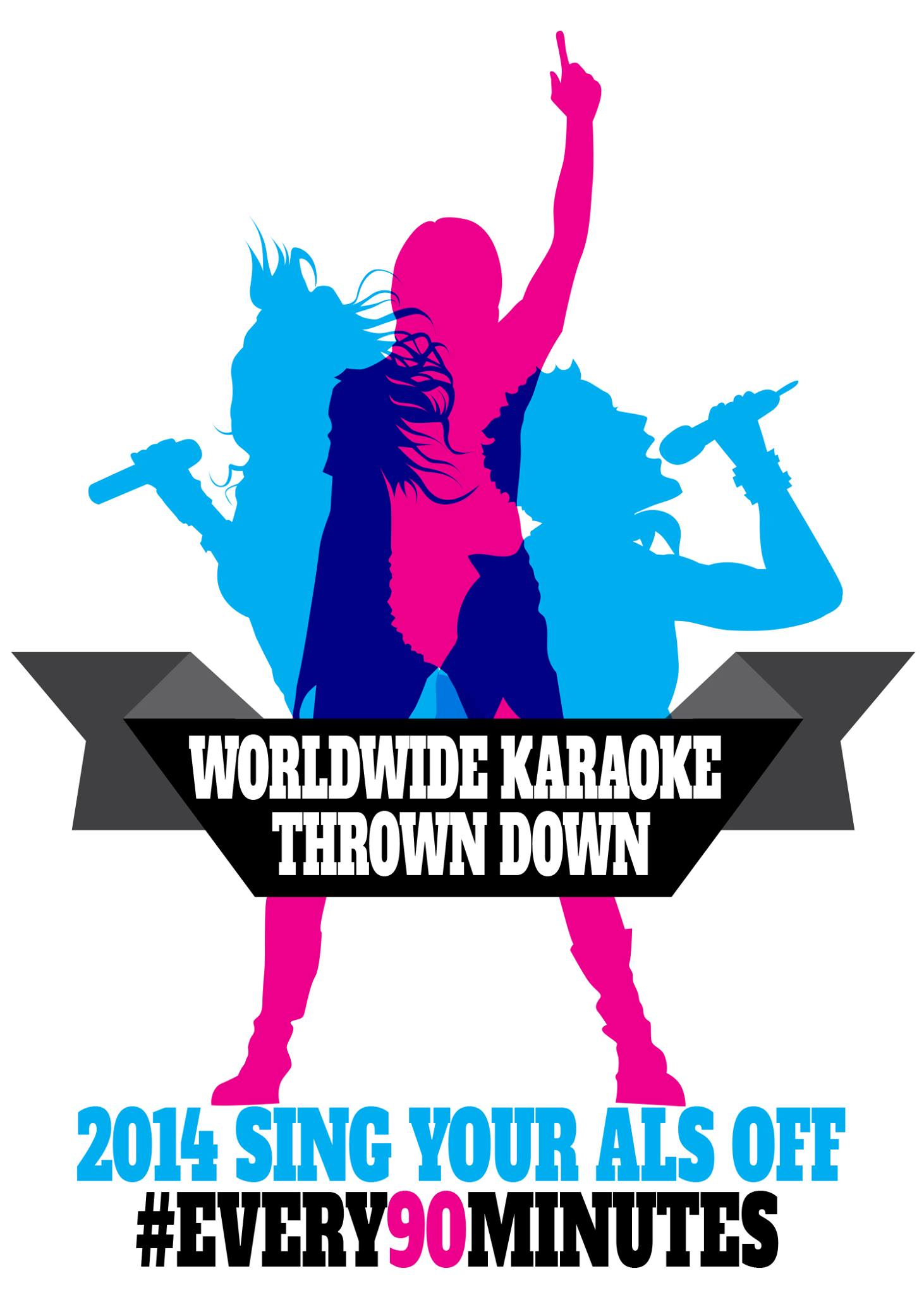 Please join us in Chicago for our 2014 Sing Your ALS Off Karaoke Throwdown! RSVP at the link: http://www.evite.com/event/00C7DMVYJBVIQAZIAEPEH3L6UZ3LY4

“Social practice is a theory within psychology that seeks to determine the link between practice and context within social situations. Emphasized as a commitment to change, social practice occurs in two forms: activity and inquiry. Most often applied within the context of human development, social practice involves knowledge production and the theorization and analysis of both institutional and intervention practices.” – Wikipedia

An artist friend of mine asked, “You’re really into this ice bucket challenge thing. Aren’t you?” Yeah, I am. In June I learned that a friend from college was diagnosed with ALS. Jay Smith is young, smart, creative with a successful business and a beautiful family, the news was unbelievable and incredibly sad. Have you ever wept so hard tears literally shoot out of your eyes? The feeling of helplessness, the unfairness of the diagnosis, the mystery of what had happened was shocking, stultifying and confusing. There is no known cause for ALS and no treatment. Jay needed a miracle.

Then, something miraculous happened. The ALS Ice Bucket Challenge became a social media phenomenon like nothing else before. Within a few weeks people all over the world became aware of this insidious disease through social media platforms like YouTube, Facebook, and Twitter with silly, wacky and funny videos of people dumping a bucket of ice water over their heads, donating money and challenging their friends to do the same. The modern miracle of the internet and social media has raised awareness and money to unprecedented levels not since Lou Gehrig, the baseball heart throb, was diagnosed with amyotrophic lateral sclerosis in 1939.

The ALS Ice Bucket Challenge is one of the biggest Social Practice art projects the world has ever known. And like other art movements there are enthusiastic early adopters and those who doubt the authenticity of the art form. Even when some of the greatest minds on the planet opt in to dump ice water on their heads and gasp, there are some who are annoyed by the pervasiveness of the project and choose to throw a wet blanket on the idea.

Imagine if you as an artist create an art project that is so successful, so pervasive, so entertaining and popular that critics will pounce on it with lies, fear and distrust from out of nowhere? The ALS Ice Bucket Challenge is like the Jeff Koons of Social Practice art, either you love him and get it or you don’t. Either you delighted in the expressions of support or you doubted. I was kind of shocked when the signs of social media fatigue started to set in, the first complaint I noticed was a popular Philly DJ who’s voice reaches far and wide on the radio and internet. I tried to explain to him that dumping ice water on your head is a metaphor for living with the disease that literally takes your breath away. He decided to double down on his gripe and said he had already donated and was tired of the videos in his facebook newsfeed, with a smily face emogi 🙂

Facebook rage and rants, charity envy, misleading info-graphics, religious interference and science deniers have emerged from the social media troll layer like crazed zombies eating brains. From Pam Anderson placing the life of the poor little mice, worms and fruit flies used in efficacy testing over the lives of suffering humans to supposedly charitable institutions like churches spreading lies about stem cell research the disinformation being spread is stunningly ignorant. I can only imagine the rage in the minds of people trapped inside a non-responsive body while adrenaline surges though their brains listening to uninformed, narcissistic boneheads blabber and mouth off. I’m talking about you Bill Maher. But many ALS patients can’t speak for themselves and their advocates and caregivers don’t have time for this shit from the haters because they are too busy caring for their loved ones.

Now is a time when art, creativity, performance, science and technology have shined a light on what is hard to look at and not shy away. The ugly/beautiful Social Practice art movement called The ALS Ice Bucket Challenge is challenging the people of our world to open their eyes to a very difficult sight to see. Some are wondering what the next gimmick, meme, trick, game or challenge will be? Maybe a cure for cancer, heart disease, autoimmune diseases, autism, Alzheimer’s…? Through Social Practice art we can make real miracles happen in the real world. Suck it ALS!