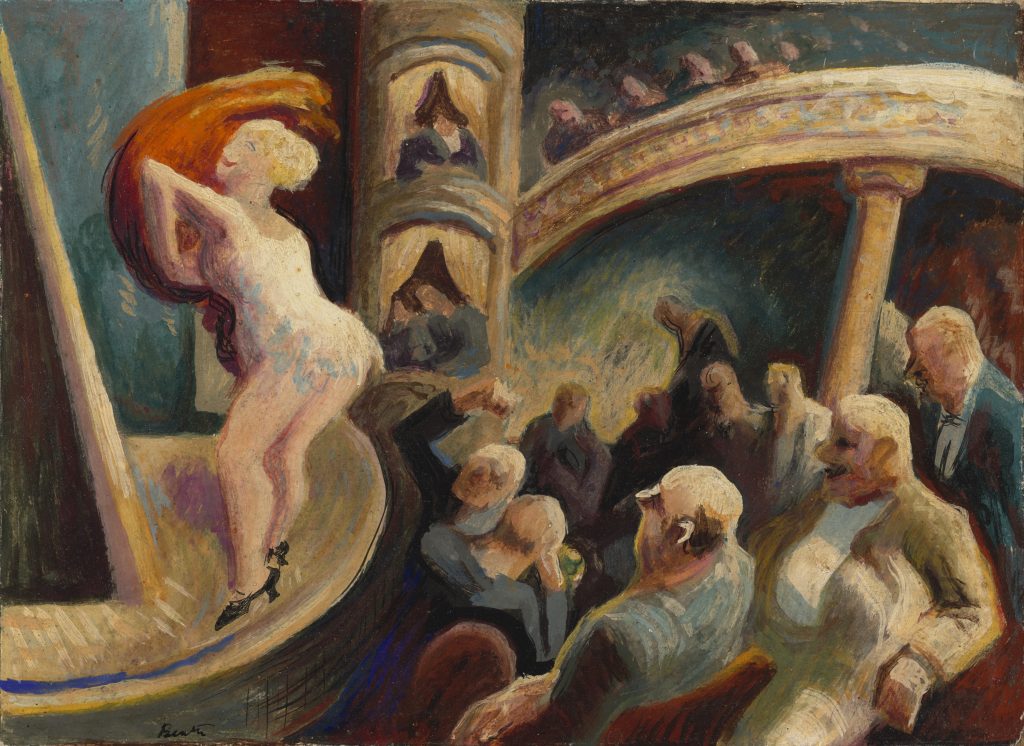 The Philadelphia Museum of Art is presenting an exhibition exploring the creative responses of American artists to the rapid pace of change that occurred in this country during the early decades of the twentieth century. Modern Times: American Art 1910–1950 examines the new and dynamic visual language that emerged during this period and had a dramatic impact on painting, sculpture, printmaking, photography, architecture, and the decorative arts. These developments were shaped by the dizzying transformations then occurring in every aspect of life, from the advent of the automobile and moving pictures to the rapid growth of American cities and the wrenching economic change brought on by the advent of the Great Depression after a decade of unprecedented prosperity. The exhibition features important works by those artists—Georgia O’Keeffe, Marsden Hartley, Arthur Dove, and John Marin, among them—championed by the great photographer and gallerist Alfred Stieglitz, as well as many other notable figures of this period. Modern Times is drawn almost entirely from the Museum’s renowned collection, especially the gift from the Stieglitz Collection that it received in the late 1940s, and contains 156 works, several of which will be on view for the first time. 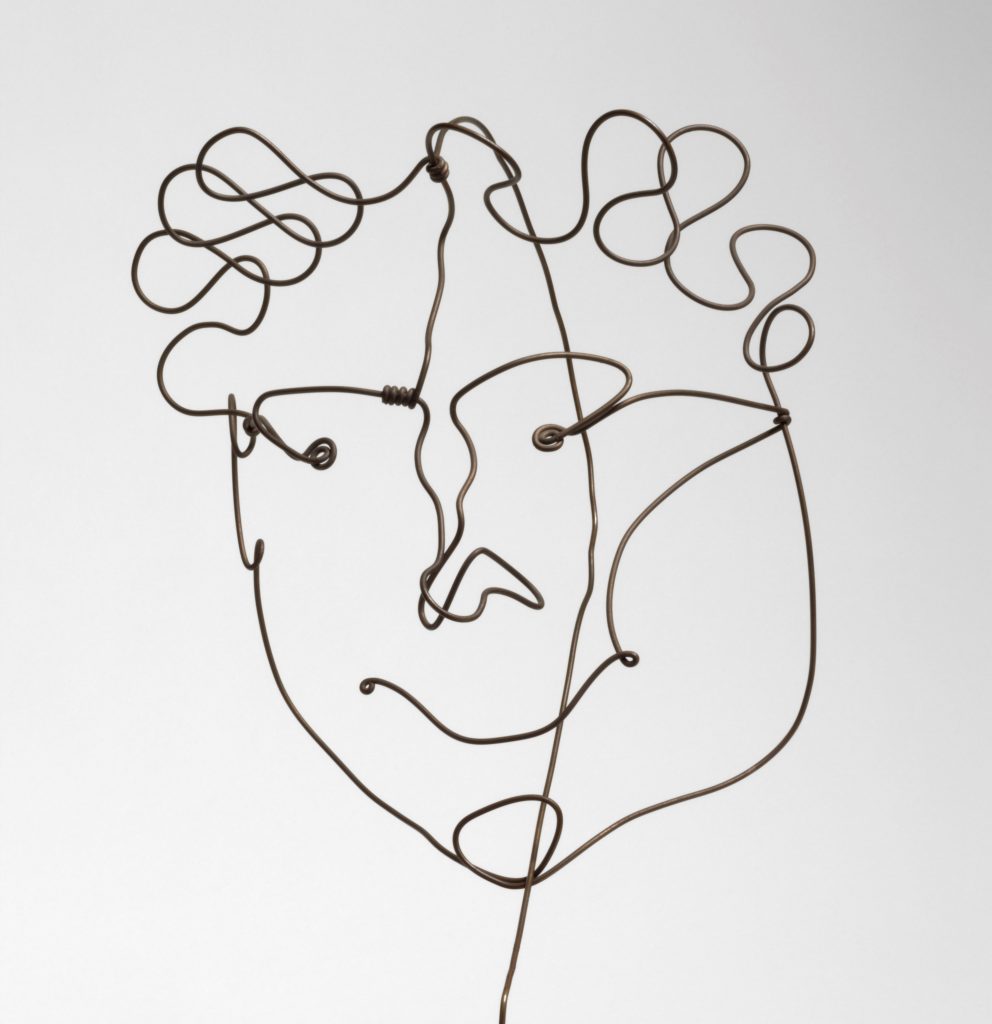 Timothy Rub, the Museum’s George D. Widener Director and Chief Executive Officer, stated: “America’s embrace of modern life—its perils as well as its promise—in the early twentieth century was expressed most clearly in the arts. The work of this period still feels fresh and of the moment. This exhibition provides us with a welcome opportunity to reassess the Museum’s exceptionally rich holdings of modern American art and how we may display them to full advantage in the future when the Museum completes its expansion under its Master Plan. It also holds the promise of many surprises and discoveries for our visitors.” 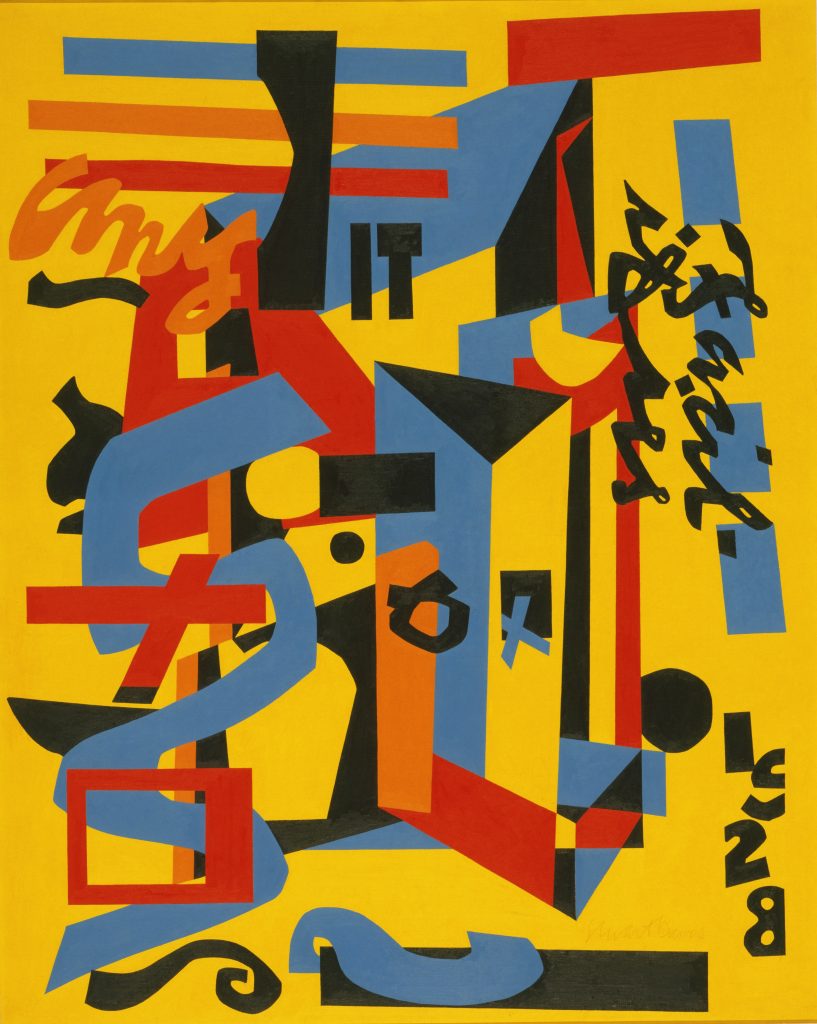 While the Museum has presented a number of exhibitions devoted to this subject over the years, Modern Times is the largest and most comprehensive since it presented the collection of Alfred Stieglitz in 1944. The exhibition opens with the achievements of some of the leading figures of “The Eight,” including John Sloan and George Bellows, who recorded the changing urban scene with a gritty realism as horse carts gave way to motor vehicles on city streets. 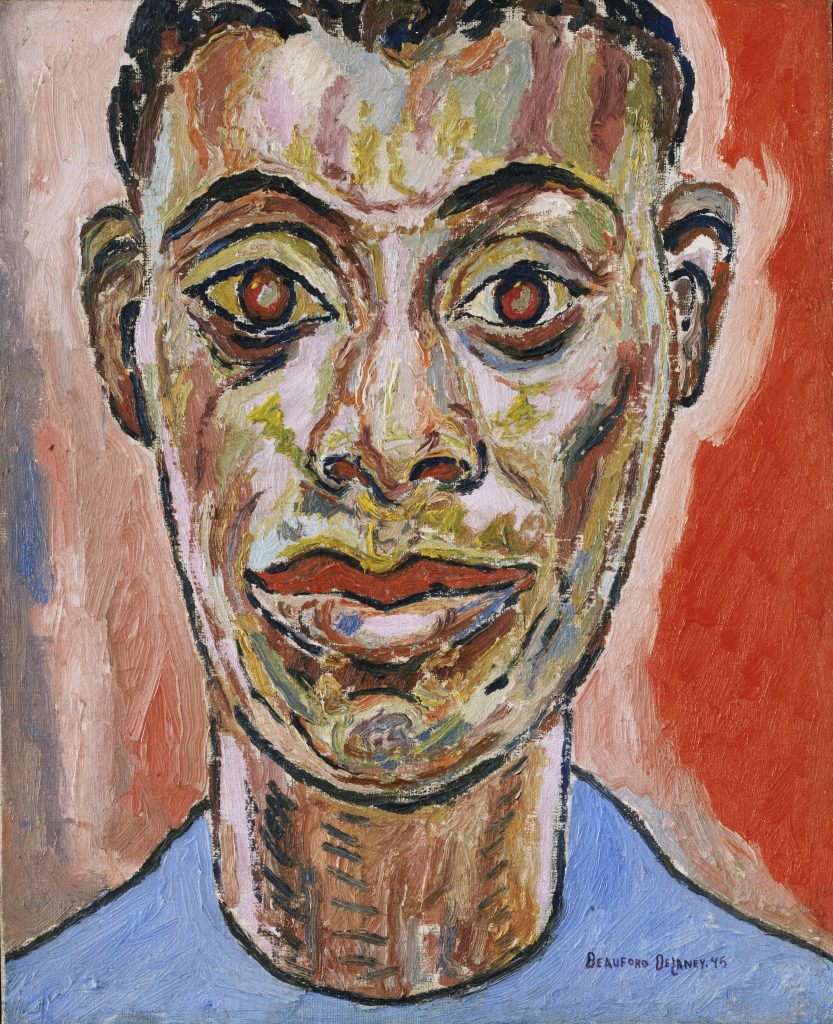 The exhibition emphasizes those artists—among them Charles Demuth, Morton Schamberg, Charles Sheeler, Benton Spruance, and Paul Strand—who responded to the Armory Show of 1913 and the influence of the European avant garde by seeking to give modernism an authentic American voice. Offering a broader perspective on American art of this period, the exhibition explores the achievements of important African American figures, such as Aaron Douglas, William Edmondson, Horace Pippin and Dox Thrash. It also looks at cross-currents within the arts, including contemporary fashion and design, and work by female artists such as O’Keeffe, Florine Stettheimer, Frances Simpson Stevens, Kay Sage, and Dorothea Tanning. 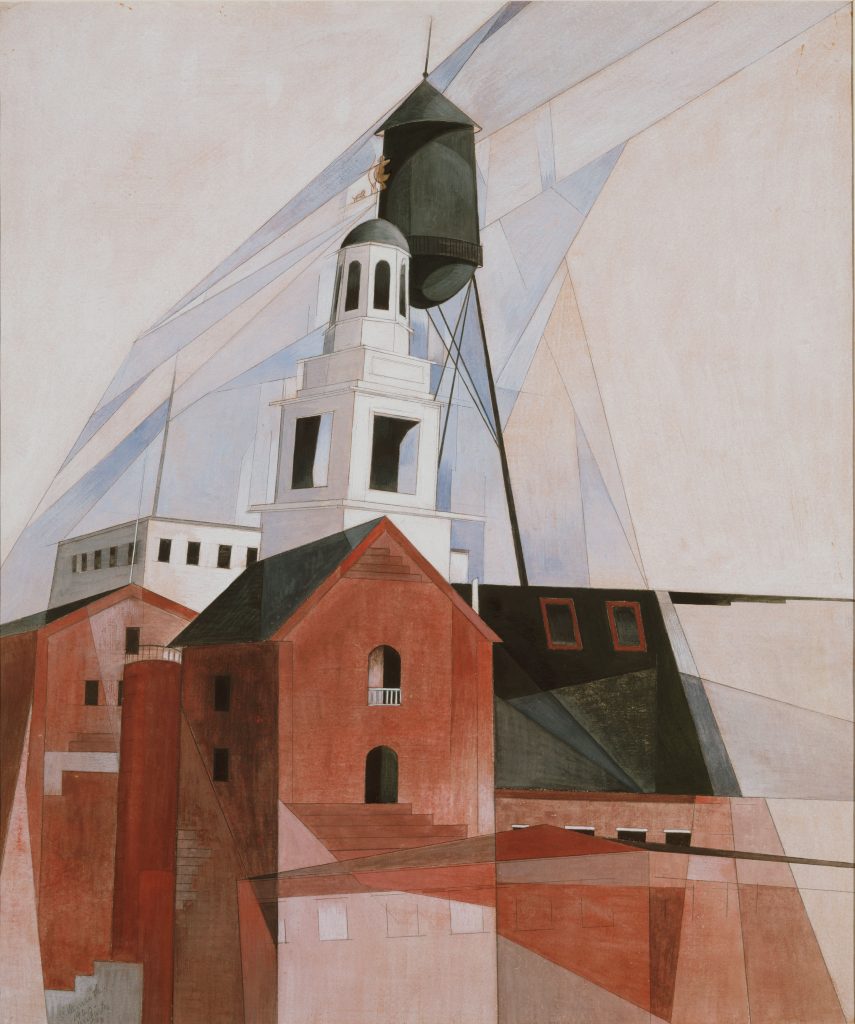 One section of the exhibition takes a close look at the many artists who explored in their work the abstract qualities of rhythm, light, and sound. Some of their aesthetic strategies were employed to create dynamic still lifes, enlivening what was commonly considered a static genre. Another section explores the expressive use of color, focusing on Arthur Beecher Carles, Henry Breckenridge, and Henry McCarter who stretched the boundaries of artistic tradition by relieving color of its purely descriptive function. These three artists, each of whom lived and worked in Philadelphia, reflected this city’s active engagement with progressive trends in American art. In fact, the significant role that Philadelphia played in the history of American modernism is echoed throughout the exhibition. It includes works by Philadelphia-born artists such as Man Ray and Alexander Calder who became prominent abroad, where they were closely aligned with modern movements in Europe, and others who remained in the city in which the Pennsylvania Academy of the Fine Arts provided a center of energy and a place to teach. 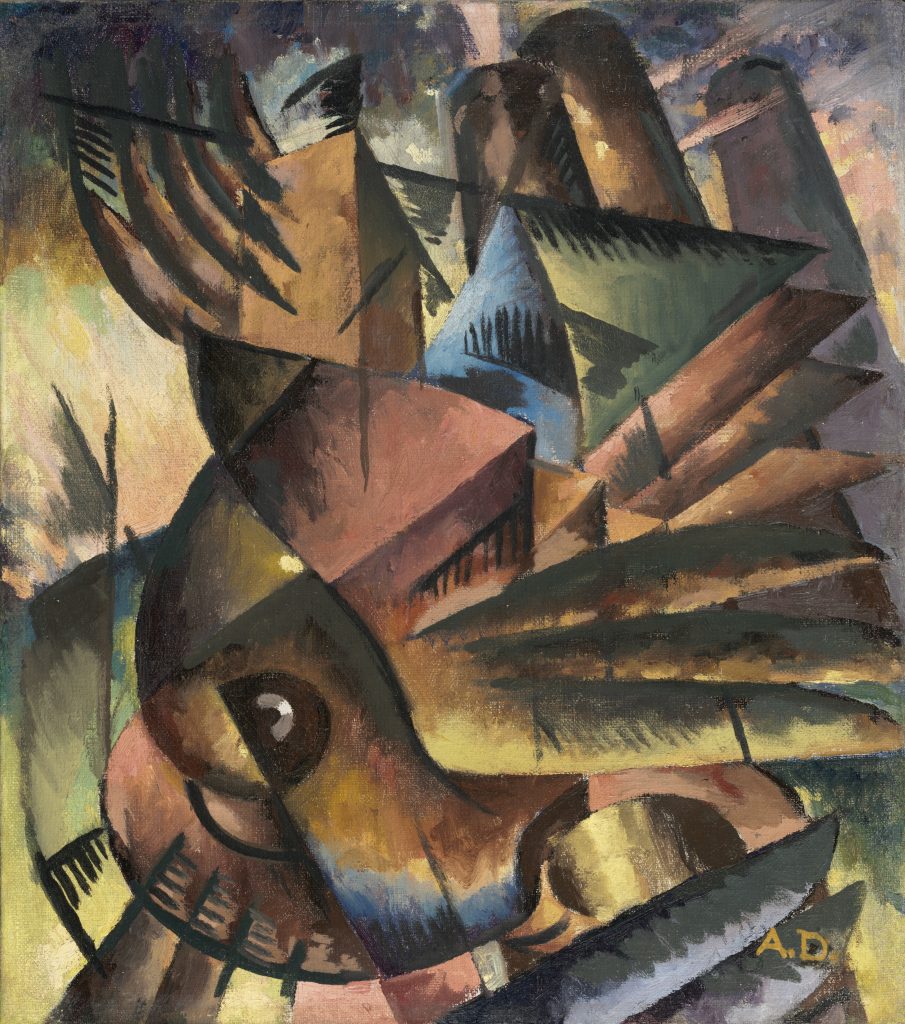 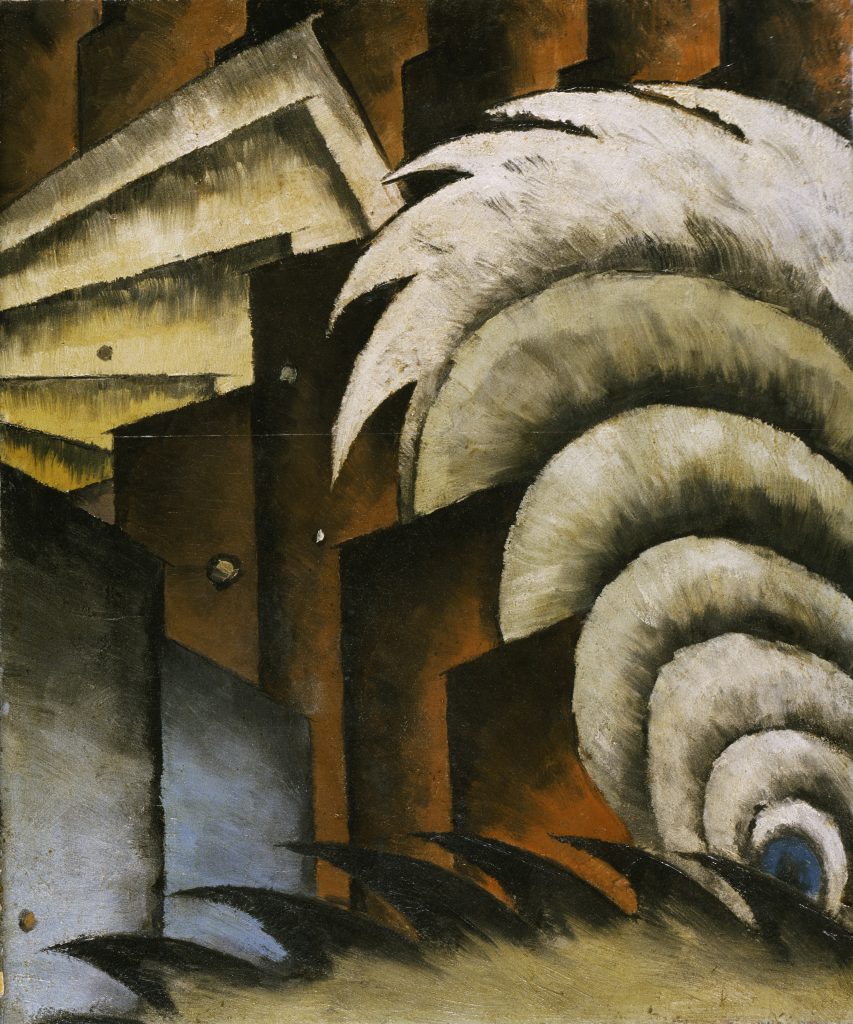 Landscape painting was, likewise, revolutionized by the artists of this generation, who found in this traditional genre a sustained source of inspiration. The adaptation of the modernist vision to one of the most enduring themes in American art can be seen most dramatically in works by O’Keeffe, Hartley, and Arthur Dove. Others, such as Sheeler, took the stark, yet impressive geometry of the new industrial landscape as a point of departureThe exhibition also examines another familiar subject, the human figure, which proved to be of abiding interest to the artists of this generation. Included in this rich and fascinating section is a group of portraits by artists such as Milton Avery, Beauford Delaney, and John Graham. 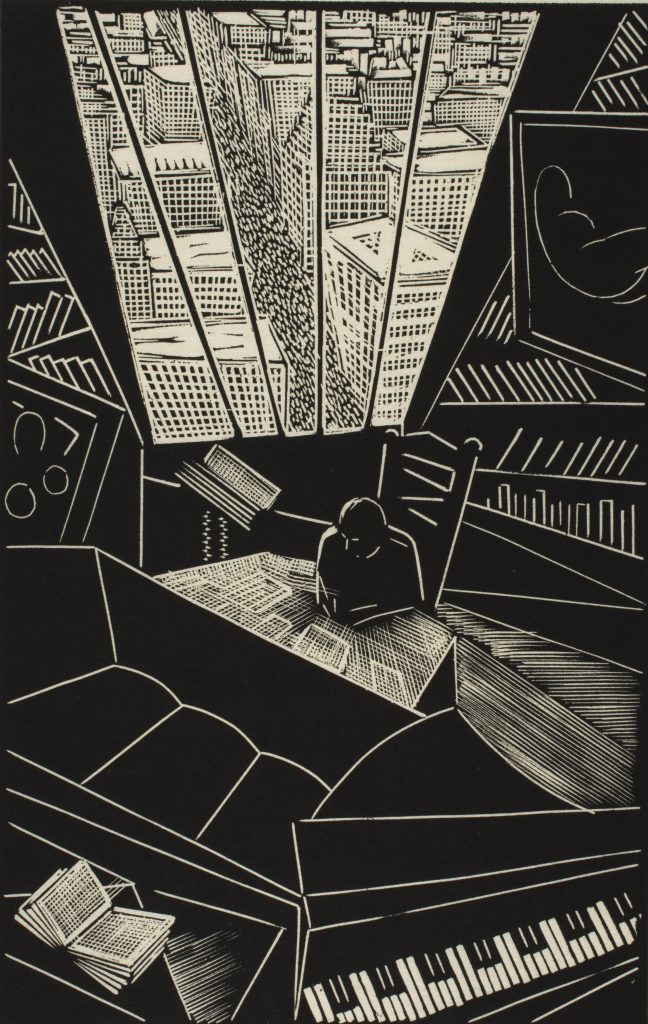 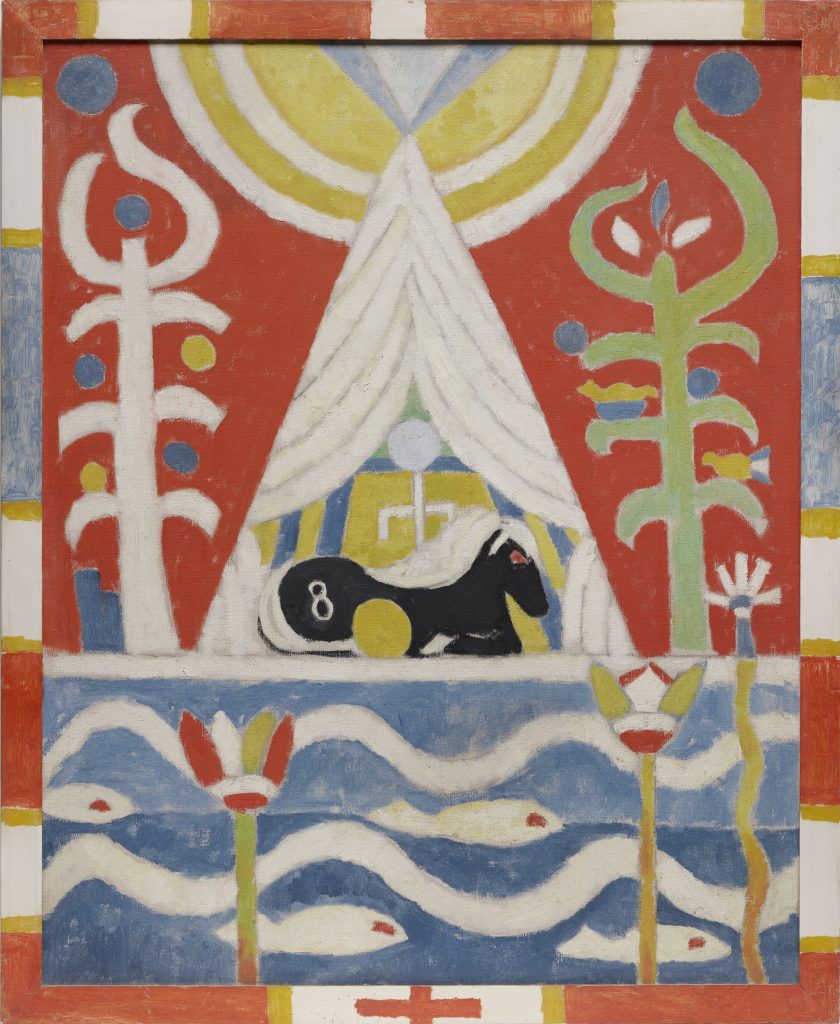 Jessica Todd Smith, The Susan Gray Detweiler Curator of American Art, and Manager, Center for American Art, who organized the exhibition, said: “Modernism changed the way people saw the world around them. Artists pushed their work in new directions, embracing abstraction, while retaining connections to artistic traditions. This exhibition focuses on interrelationships among works of art rather than a single linear narrative. In fact, it gives voice to multiple narratives because the evolution and experimentation in the art of this period is especially fluid. This stylistic pluralism, the beautiful chaos of innovation, was a hallmark of the modern American movement.” 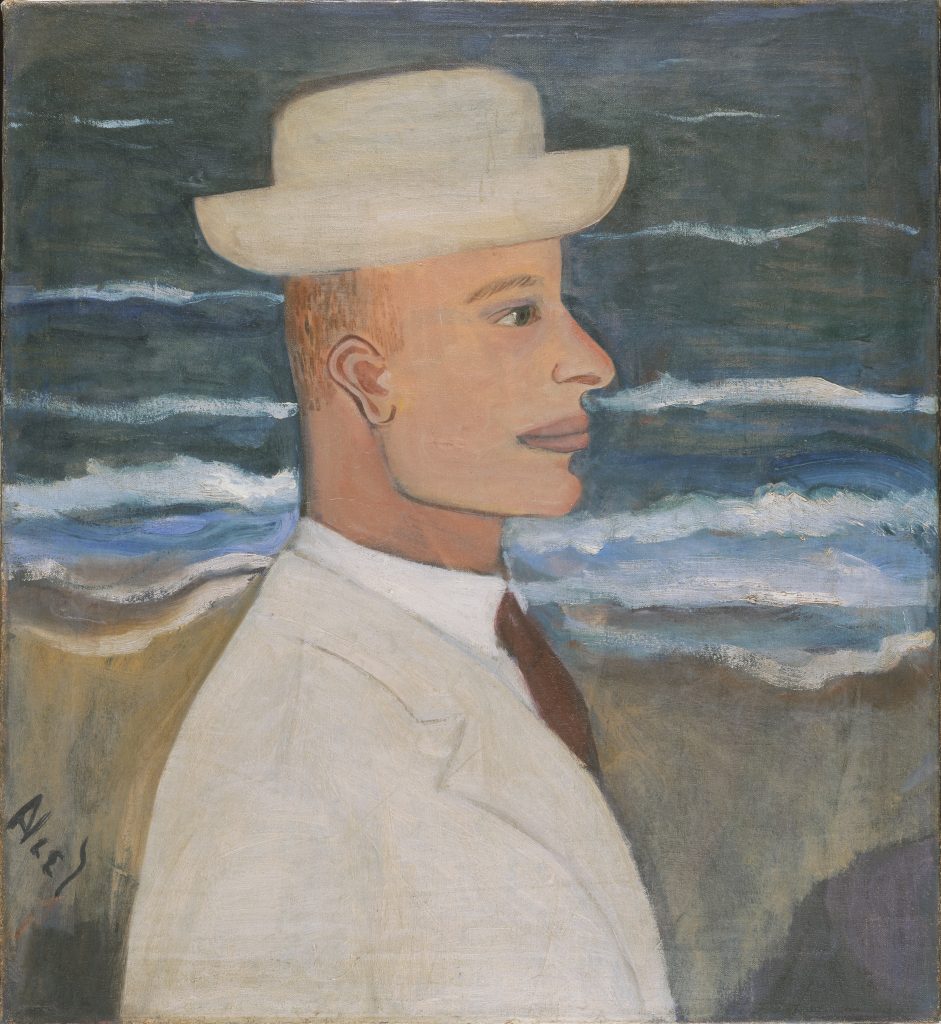 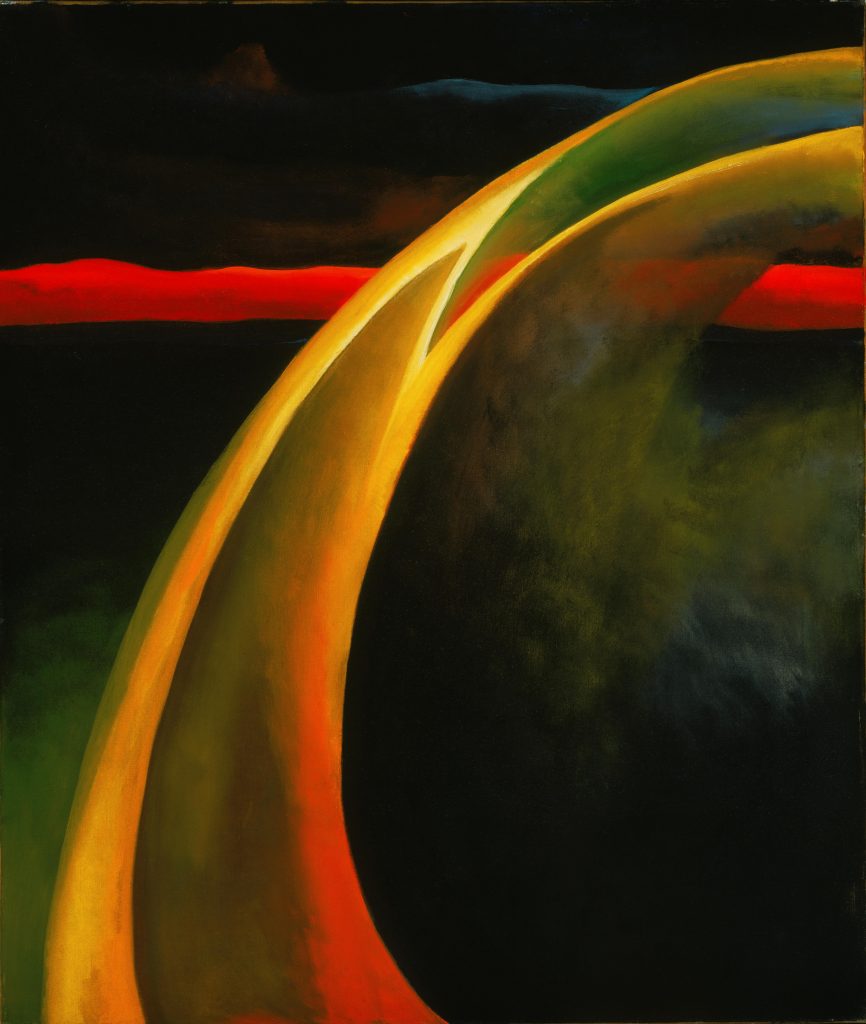 The exhibition is accompanied by a new publication, American Modernism: Highlights from the Philadelphia Museum of Art, by Jessica Todd Smith. It is published by the Philadelphia Museum of Art in association with Yale University Press ( 272 pp.) The title of the essay, “Seeing Takes Time” is inspired by a quotation of Georgia O’Keeffe: “Nobody sees a flower—really—it is so small—we haven’t time—and to see takes time . . . “ 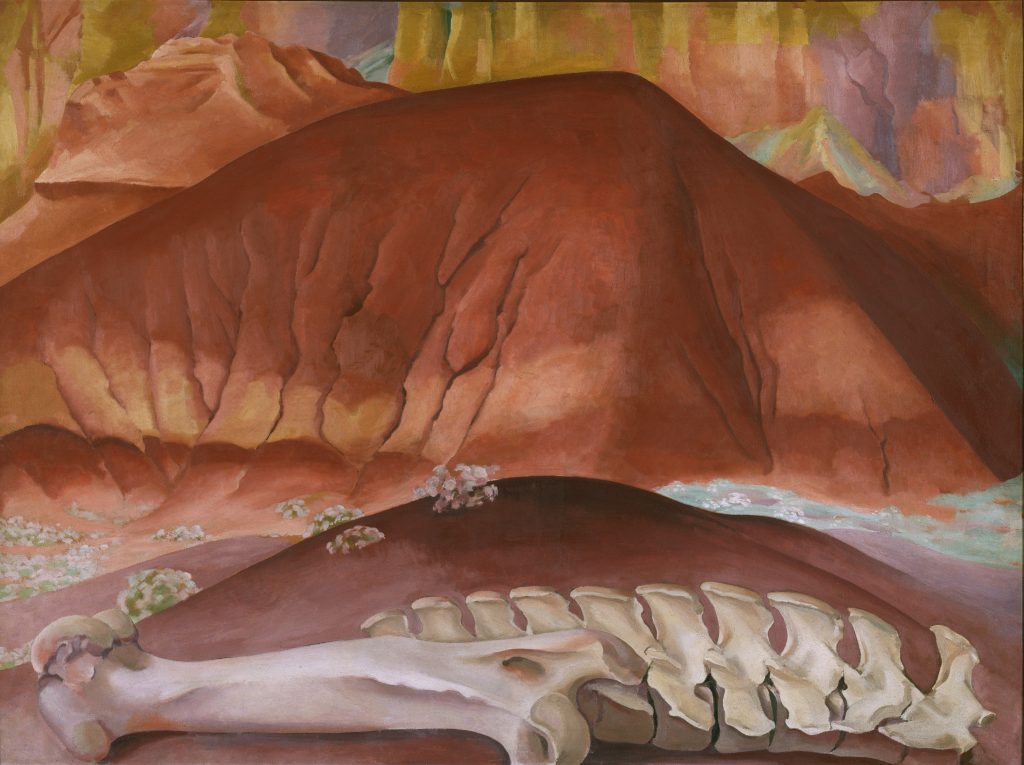 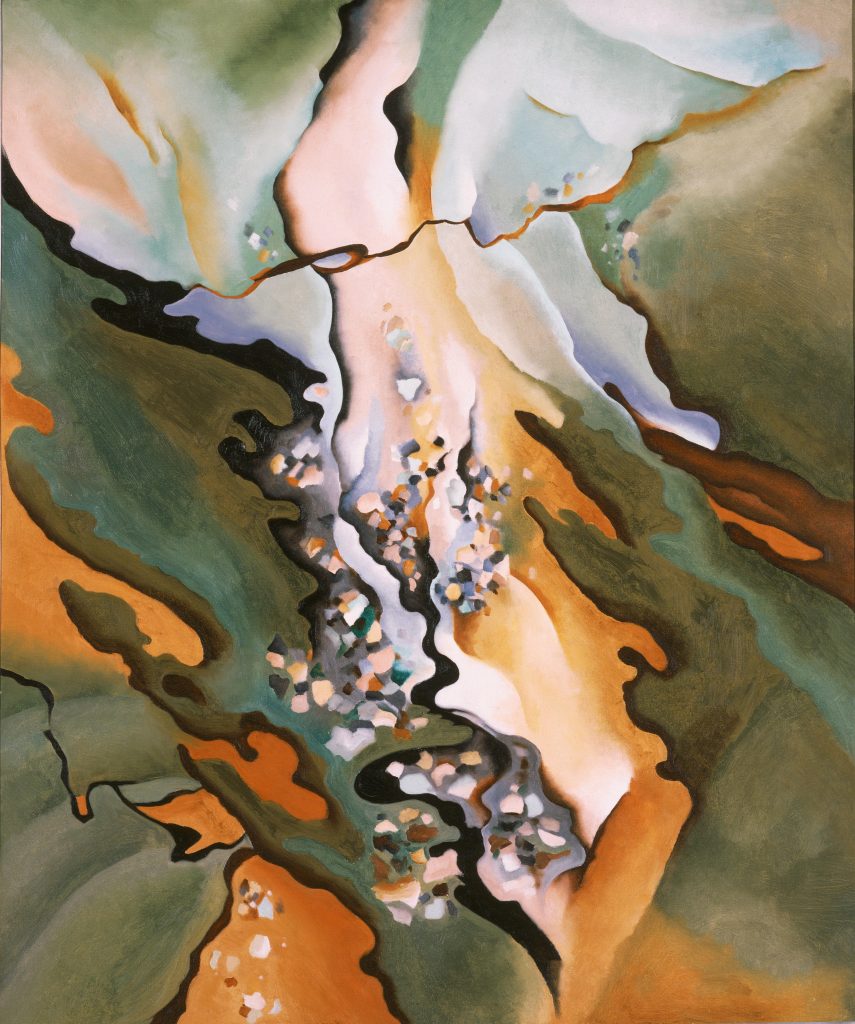 With 120 color and 10 black-and-white illustrations, American Modernism is the first book to showcase this outstanding aspect of the collection of the Philadelphia Museum of Art, which was one of the first major museums in this country to acquire what we now call American Modernism. It tells a story that is unique to the Museum, examining the collection’s development since the 1920s and the role that the city of Philadelphia played in promoting modernism in the first half of the twentieth century. While previous publications have focused on European and American modernism, this one considers what it meant to be American and to be modern, exploring how these artists challenged convention without abandoning recognizable elements from the world around them. 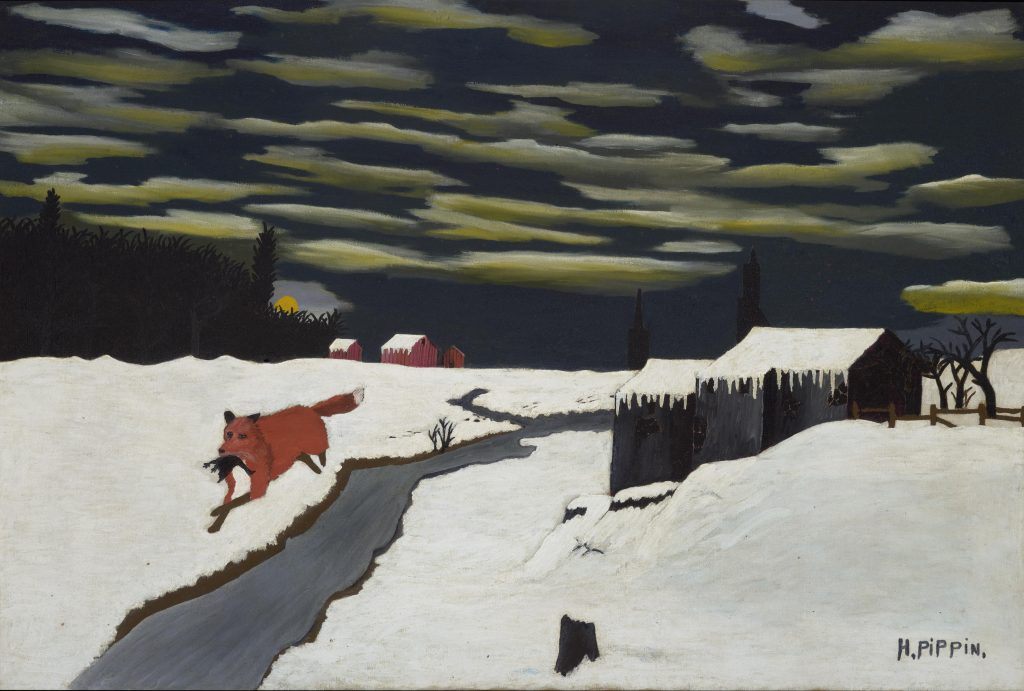 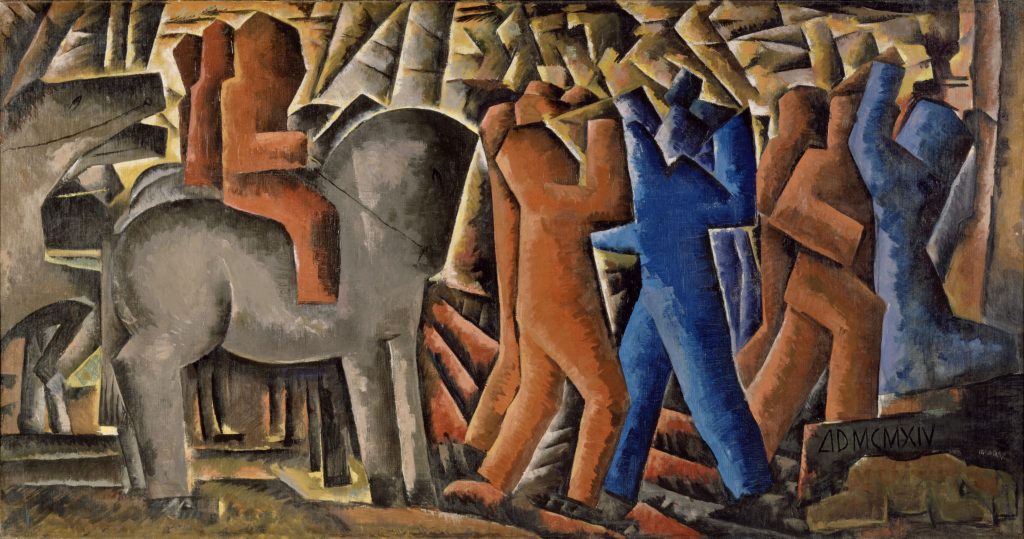 In addition to focusing on internationally acclaimed artists from the circle of photographer and gallerist Alfred Stieglitz, including Arthur Dove, Marsden Hartley, Georgia O’Keeffe, and Charles Sheeler, Smith also considers those who contributed significantly to the art of the United States during their day but have been left outside the mainstream of art history, whether due to their race, gender, or social standing. 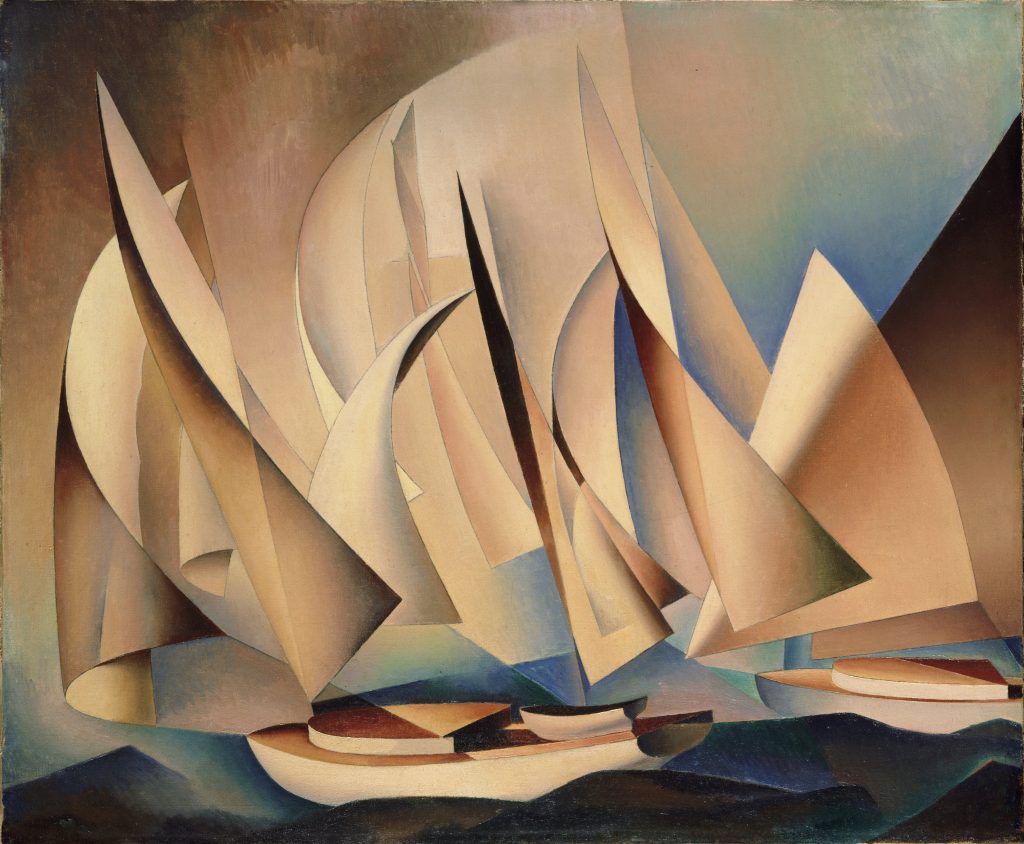 American Modernism: Highlights from the Philadelphia Museum of Art is now available online via philamuseum.org or in the Museum Store (paper-over-board, $35). 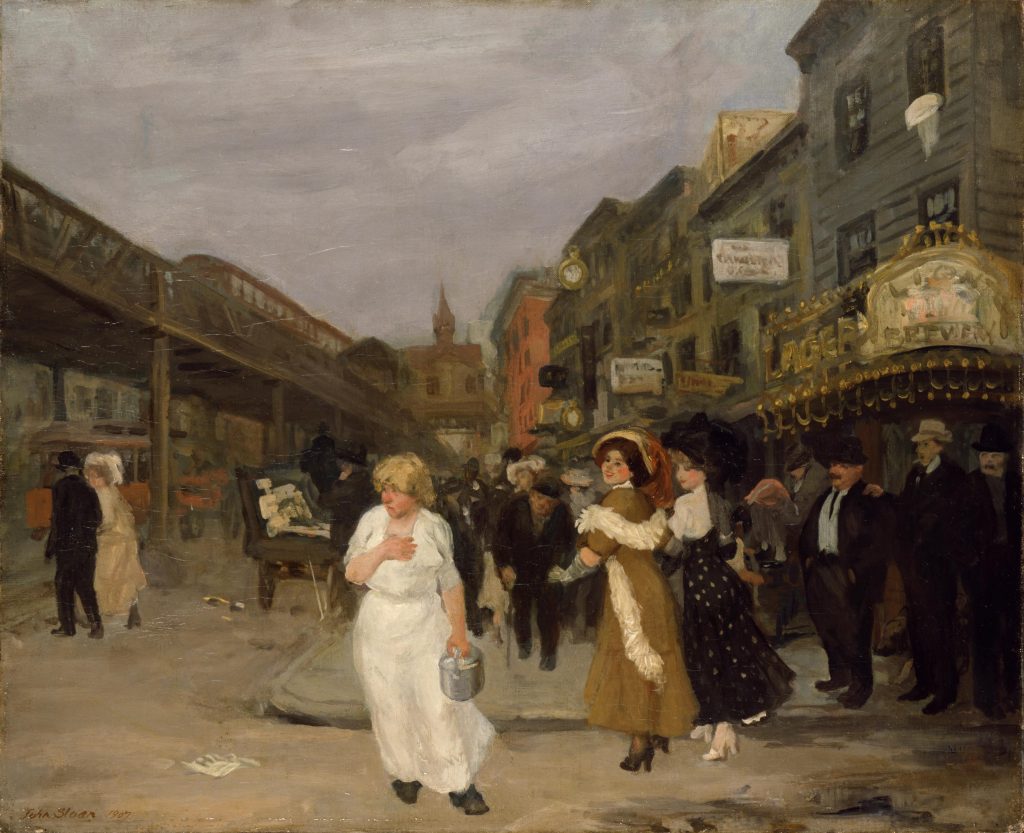 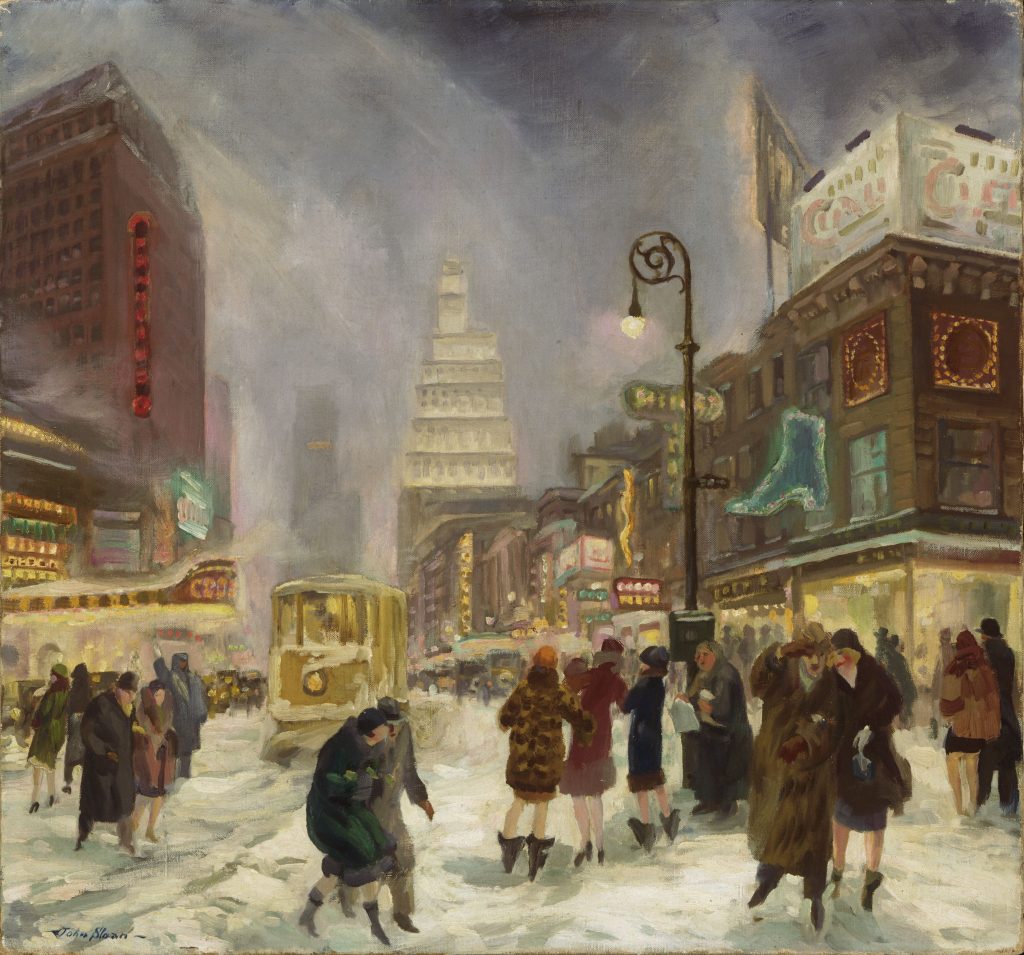 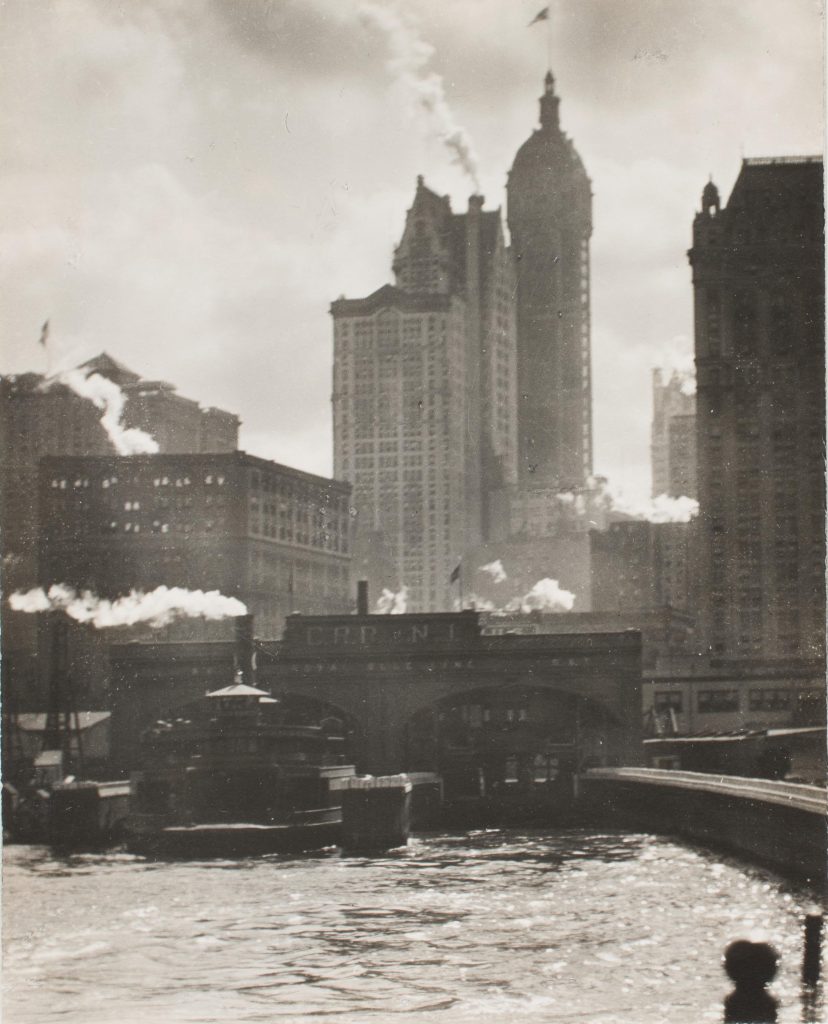 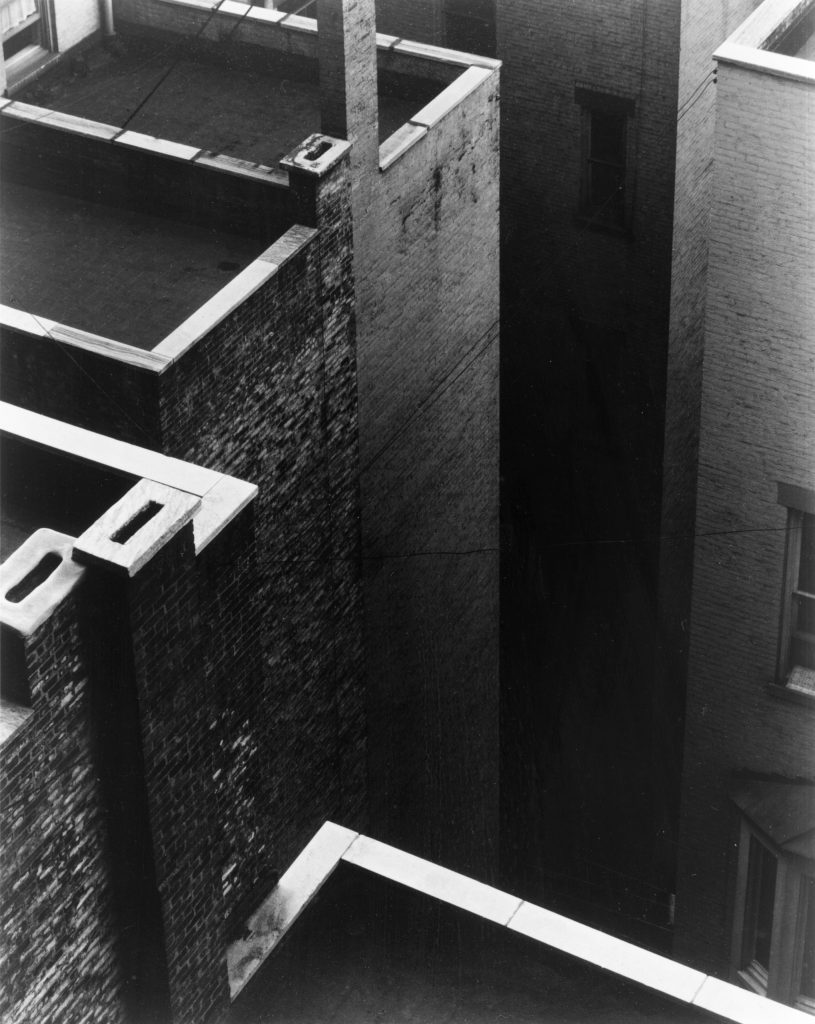 This exhibition has been made possible by The Pew Charitable Trusts, The Mr. and Mrs. Raymond J. Horowitz Foundation for the Arts, The Annenberg Foundation Fund for Major Exhibitions, The Kathleen C. and John J. F. Sherrerd Fund for Exhibitions, Lyn M. Ross, Marguerite and Gerry Lenfest, The Jill and Sheldon Bonovitz Exhibition Fund, The Laura and William C. Buck Endowment for Exhibitions, Leslie Miller and Richard Worley, and two anonymous donors. 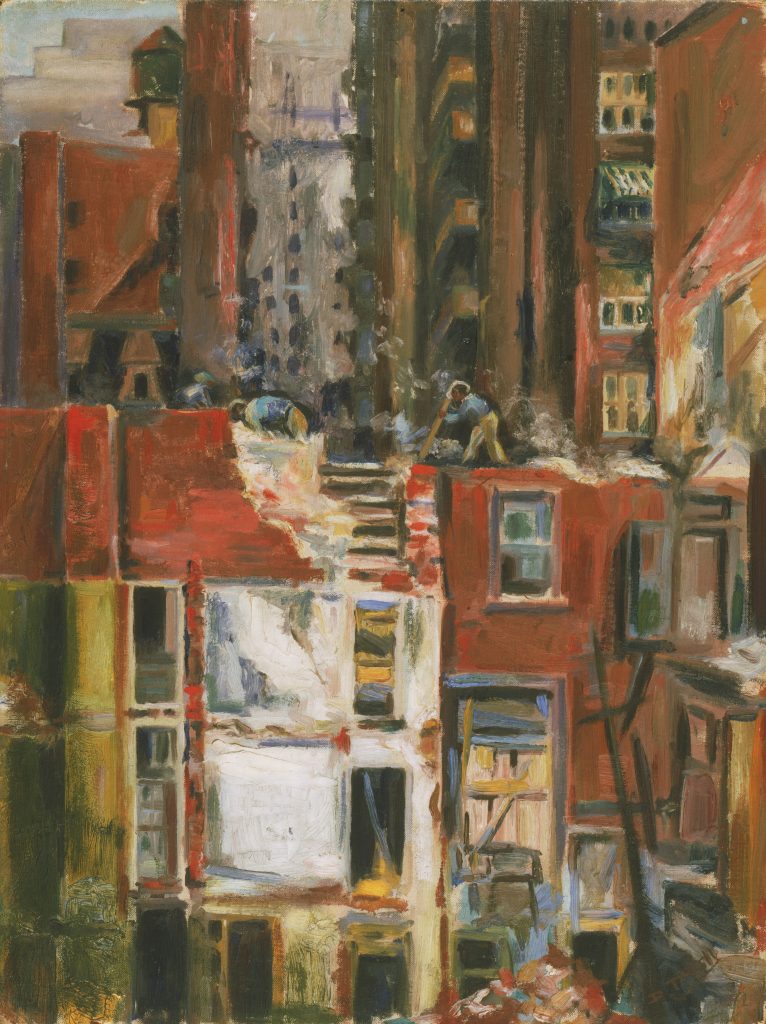 Exhibition-related education programming was generously supported by the Center for American Art at the Philadelphia Museum of Art.

We are Philadelphia’s art museum. A landmark building. A world-renowned collection. A place that welcomes everyone. We bring the arts to life, inspiring visitors—through scholarly study and creative play—to discover the spirit of imagination that lies in everyone. We connect people with the arts in rich and varied ways, making the experience of the Museum surprising, lively, and always memorable. We are committed to inviting visitors to see the world—and themselves—anew through the beauty and expressive power of the arts. 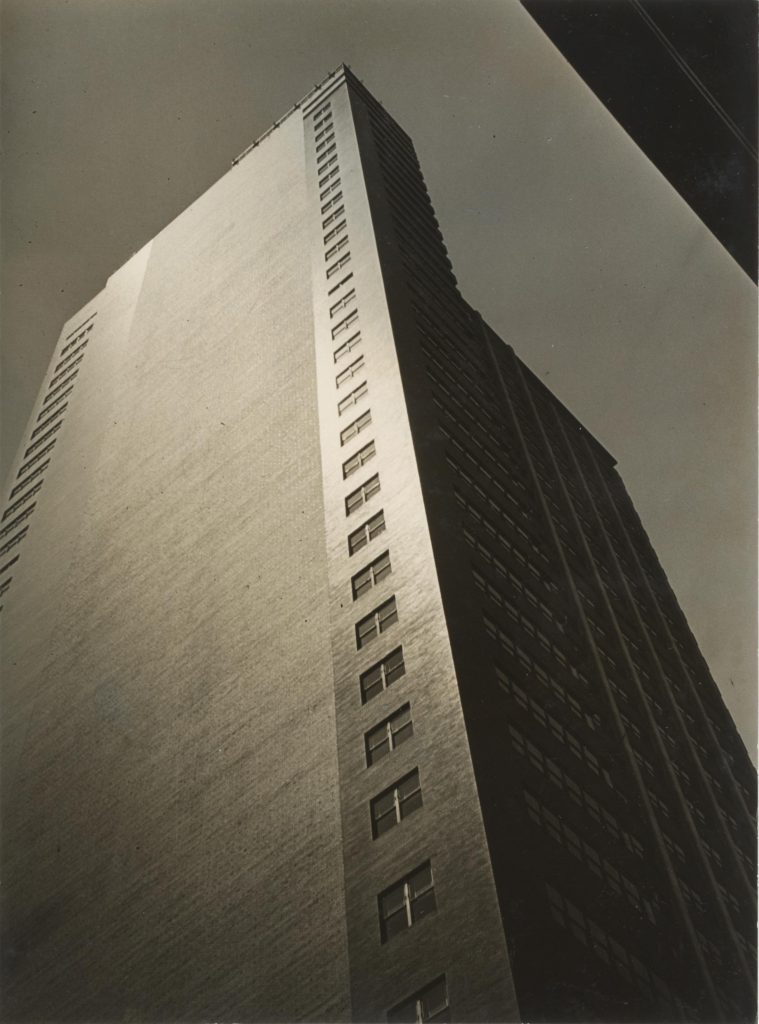 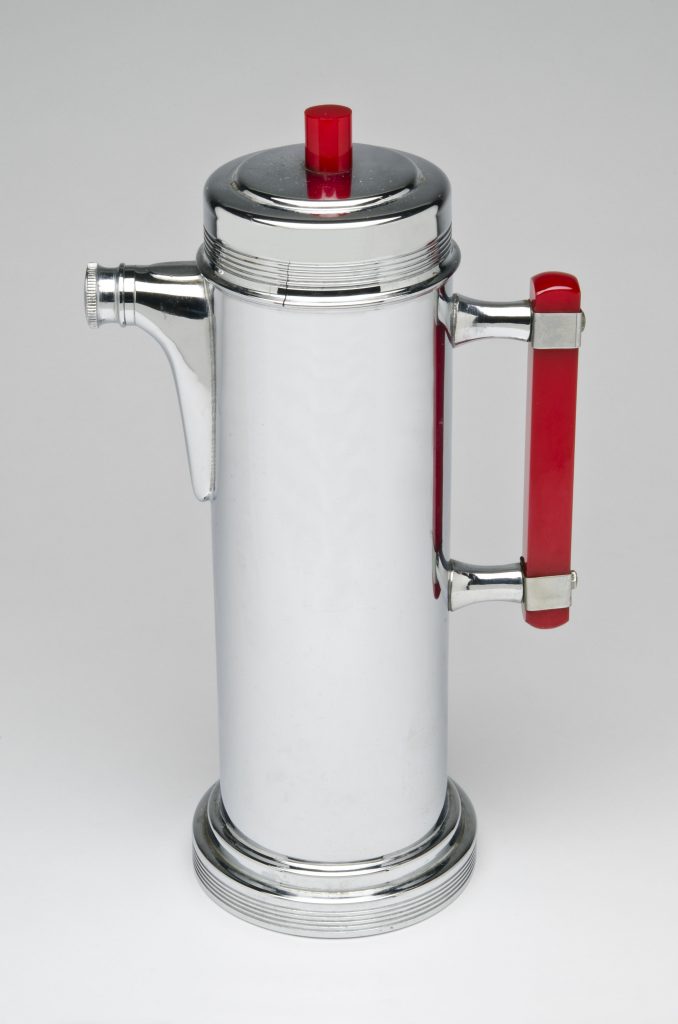 The Philadelphia Museum of Art is located on the Benjamin Franklin Parkway at 26th Street. For general information, call 215-763-8100.