“Boundless and Bare…” is a two-photographer exhibition, sponsored by Pete Checchia Photography and Arts, 733 N’ 2nd Street, in Philadelphia, PA, featuring the works of Rachel Zimmerman, Harry Byrne and curated by Jon Manteau.

The title of the exhibition comes from the Percy Shelley sonnet “Ozymandias”. In the poem, a traveler describes a ruined statue, of a once mighty king, Ozymandias. The theme of the poem, is a meditation on the hubris of kings, empires and their inevitable decline, the fragility of human power and the effects of time. We are bearing witness to a similar decline in the United States. Our once “Mighty Union” seems to be slowly, inevitably eroding from outside forces and from internal. Our “Made in America” industrial giants are no longer a force in the world markets. Our once thriving plants, factories and workshops, long ago abandoned and vacated, left to the elements and to decay. Our old forms of entertainment, amusement parks, drive-in movie theaters, circuses, to name a few, replaced by that which is digital. Jobs lost to other countries and automation, our own workforce left to rot…or to rust across the rustbelt. If the creation of a structure represents the ideals and values of a time, so too does its subsequent abandonment and destruction.

In this exhibition, Rachel Zimmerman’s photographs of the “Altherholt Machine Shop”, through her lens, bear witness to remnants of “what was”, like some eerie time capsule. Our craftmanship and tools for the job, surrounded by aging infrastructure. The inanimate “tools of the trade” ghost-like without the people trained in their use. Harry Byrne’s photographs document the remnants of what once was or “the ghosts of”. In his images of antiquated modes of transportation (trolleys) and outdated “Americana”, an amusement park, one can almost feel the presence of all of the thousands of human beings who at one time or another passed through, on their way to work, home or for a family vacation or afternoon out. The Six Flags Amusement Park outside of New Orleans, vacated after Hurricane Katrina is now covered in weeds, rust and peeling paint. The park itself no longer inhabited by people but by apex predators-alligators and wild boar.

Harry Byrne is an attorney based just outside of Philadelphia, PA. He has written and lectured extensively on family law topics. He enjoys photographing urban decay and abandoned sites of all types and manner and is interested in themes of the transitory, the inevitable collapse and the pretensions of greatness: a favorite poem is Shelley’s ”Ozymandias”. More importantly, urban exploration and photography are as far as he can get from the strictures and formalities of practicing law.

Rachel Zimmerman is actively working in the visual arts. She is the Founder and Executive Director of InLiquid Art and Design, based in Philadelphia, PA. She is a working mother, married with a 14-year-old son, Ivan, and a 12-year-old daughter, Sasha. She doesn’t get as much time to do her own artwork as she would like. When she does get the opportunity, they are usually precious moments while traveling, where she can explore color, tone, light and composition in the ordinary. She has always been interested in spaces without people. At the moment, there is a timelessness that does not become dated by the conventions of style. Over the years, she has been influenced by the photography of-Paul Strand, Edward Weston, Walker Evans, Aaron Siskind and Robert Frank…” The Americans” in their filmic quality and their exploration of the unfamiliar place.

Guest Curator
Jon Manteau is a visual artist, musician, maker of many things, college professor and curator. He’s been a working artist for over 35 years. He attended Parsons School of Design, The New School for Social Research, The Pennsylvania Academy of the Fine Arts and received his Master of Fine Art, from the University of Delaware, in 1996. He has taught for over 25 years, at the University of Delaware, Temple/Tyler University and is currently an Associate Professor at Penn State University/Brandywine, where he has been building their studio-art program since 2010. He’s exhibited nationally and his works are in collections, throughout the United States and Canada. He’s curated multiple exhibitions. He’s lived and worked in New York City, Brooklyn and Hoboken. He’s a “native son” of Philadelphia, where he lives and has his studio-practice.

The Center for Emerging Visual Artists celebrates the 20th Anniversary of Philadelphia Open Studio Tours (POST) this October. We are proud to be a part of a community that has empowered artists through this program for the past two decades and we look forward to many more ahead of us.
Fostering meaningful interaction between artists and the public, POST promotes a greater awareness and appreciation for the creative minds that make Philadelphia a vibrant place to live, work, and visit.

Philadelphia Open Studio Tours is the largest open studio tour in the region featuring hundreds of artists and community spaces—workshops, galleries, etc.—each year. A behind-the-scenes look into a day in the life of an artist, POST is an approachable and easy to navigate, self-guided tour taking place over two weekends. Each day offers the public an opportunity to explore creative spaces (free of charge) in a unique portion of the city. Participating studios and workspaces will be open from NOON to 6PM on assigned tour days.

Activities include: studio visits, hands-on demonstrations, workshops, artist talks, discussions, receptions, guided tours, featured exhibitions and more. No other open studio event in the area provides such a rich and diverse cultural experience for the public.

Get involved with POST20 today! Registration, advertising sales and sponsorship options are available at philaopenstudios.org. To learn more about POST contact Michael Mergen at michael@cfeva.org or (215) 546-7775 ext. 13

Tweet: We Made It! Philadelphia Open Studio Tours celebrates 20 years this October.
Learn how you can get involved at philaopenstudios.org #POST20 #POSTPHL
Image: Syd Carpenter in studio, Photo by Matthew Bender
www.PhilaOpenStudios.org

CFEVA is partnering with the Philadelphia Furniture Show (PFS) which showcases exceptional artisan quality furniture and is the longest running exhibition of its kind. For 24 years PFS has cultivated an amazing array of handmade furniture and furnishings. From handcrafted tables for your home or office to rugs to fine furnishings, they showcase the finest artisan heirlooms.

John Schlesinger is a veteran photographer turned sculptor. He has won a Rome Prize, a Louis Comfort Tiffany Award, a Peter S. Reed Foundation Award and two National Endowment for the Arts Fellowships. His work has been reviewed in Art in America, the Village Voice, Aperture, Bomb Magazine, Art News, and the New York Times. Collected broadly, Schlesinger’s output can be found at the Walker Art Center, the San Francisco Museum of Modern Art, the Houston Museum of Art, the Dallas Museum of Art, the Hamburg Kunsthalle, the Art Institute of Chicago, the Brooklyn Museum, and the MOMA.
www.johnschlesinger.net

Thank you to Michael Mergen, Community Program Manager,The Center for Emerging Visual Artists, michael@cfeva.org for the content of this post.

Noted critic, curator, and writer Lyle Rexer will be the juror for the 2019 Photo Review Photography Competition. He is the author of several books on art and photography, including The Edge of Vision: The Rise of Abstraction in Photography (2009) andPhotography’s Antiquarian Avant Garde: the New Wave in Old Processes (2002). In addition, he has published numerous catalogue essays and articles on art, architecture, and photography and contributed to such publications as The New York Times, Art in America, Aperture, Parkett, BOMB, and DAMn. As a curator, he has organized exhibitions in the United States and internationally, most recently The Edge of Vision, a selection of contemporary abstract photography. He teaches at the School of Visual Arts in New York and is a columnist for Photograph magazine.

The Photo Review, a highly acclaimed critical journal of photography, is sponsoring its 35th annual photography competition with a difference. Instead of only installing an exhibit that would be seen by a limited number of people, The Photo Review will reproduce accepted entries in its 2018 competition issue and on its website. Thus, the accepted photographs will be seen by thousands of people all across the world and entrants will have a tangible benefit from the competition. Also, the prize-winning photographers will be chosen for an exhibition at the photography gallery of The University of the Arts, Philadelphia. Plus numerous Editor’s Selections will be exhibited in several Photo Review web galleries. Check out additional prizes below and on the competition website.

Because their work was seen in The Photo Review, past winners have been given one-person exhibitions, have had their work reproduced in other leading photography magazines, and have sold their work to collectors throughout the country.

NOT-SO-FINE PRINT
An entry fee of $35 for up to three prints or images and $8 for each additional image entitles all entrants to a copy of the full-color catalogue. In addition, all entrants will be able to subscribe to The Photo Review for $36, a 20% discount. (Higher rates apply for non-US subscribers.)
All entries must be received by May 31, 2019.
You can download contest rules and submit images on our 2019 Competition page. If you have any further questions, don’t hesitate to contact us.
The Photo Review 2019 International Photography Competition is sponsored by Haverford College, Blue Flower, Digital Silver Imaging, Wacom, Kodak, Cecilia, ThinkTank Photo, Shades of Paper, Mission Workshop, and Tog Tees. 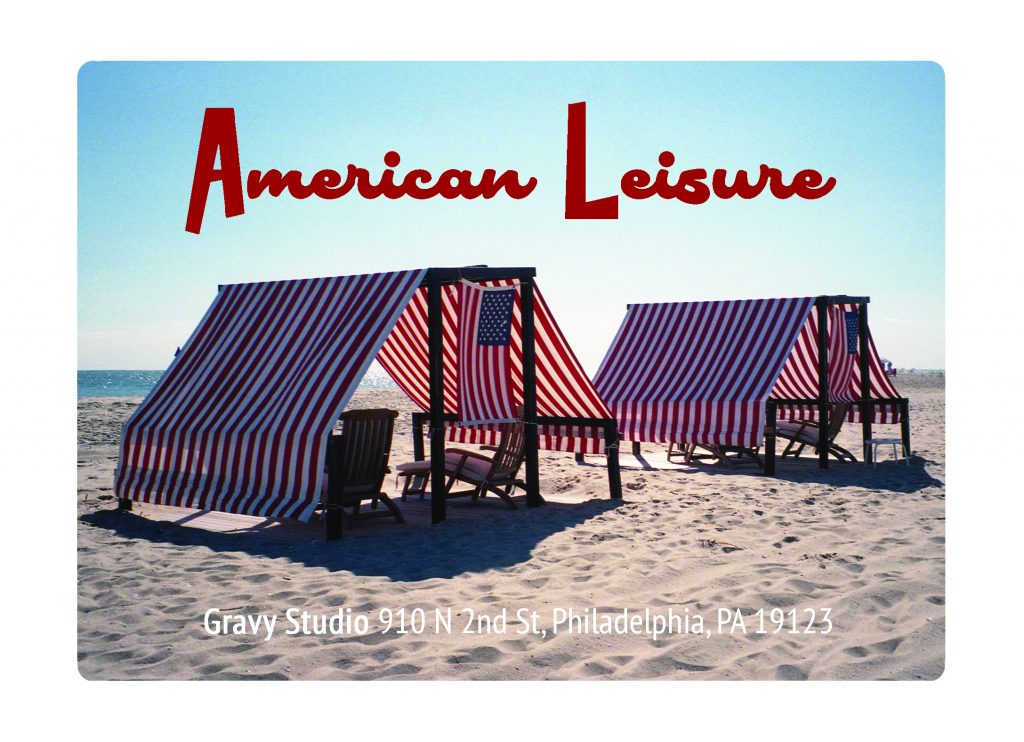 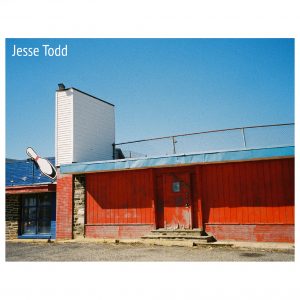 This collection follows five Philadelphia-based photographers who’ve traveled near and far, from places such as the shore towns of Wildwood, NJ and Atlantic City, NJ to Williams, Arizona and Miami Beach, FL, searching for inspiration in the leisurely and recreational activities that define the American consciousness. 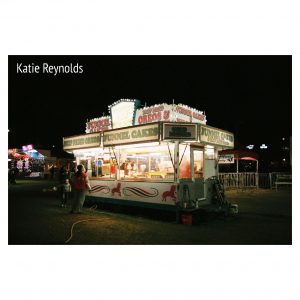 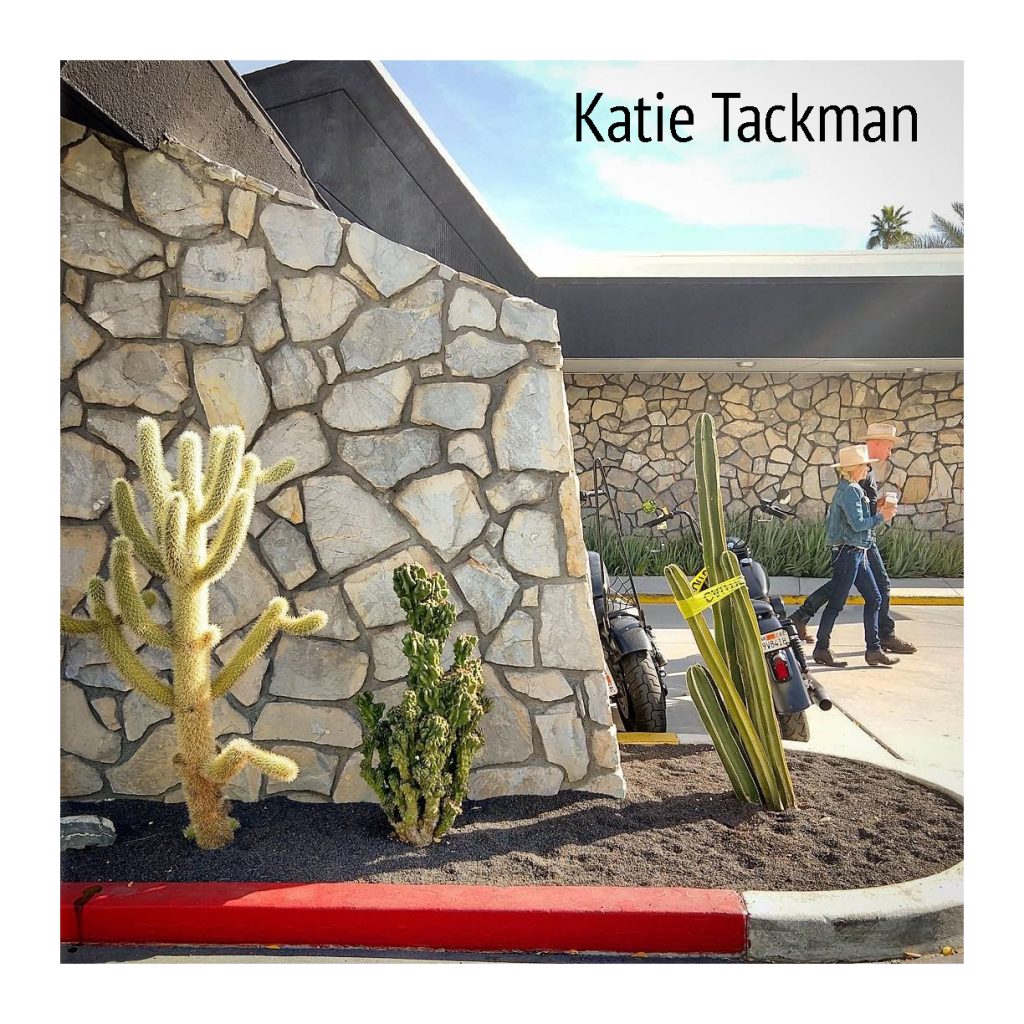 Inspired by the work of John Baeder, Robert Frank, William Eggleston, and Robert Adams this series of 35mm and 120 film photographs offer a glimpse at how average Americans spend their time and providing a link between the past and present. 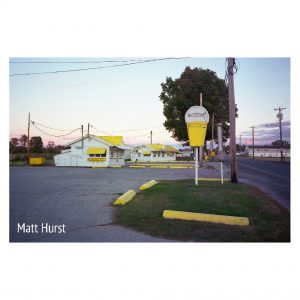 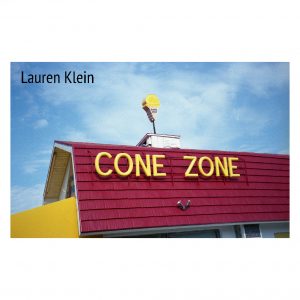 “Gravy started in 2011 by Drexel photography program alumni Emma Stern, Katie Tackman, and Benjamin Riley in a motorcycle warehouse space in Fishtown. Since then Gravy Studio + Gallery has grown to include six members and functions as a collaborative photography workspace and gallery located on 2nd Street in the Northern Liberties neighborhood of Philadelphia. Our goal is to serve as a multi-functional space that promotes the discussion and advancement of photography as an art form. As one of the only photography-based galleries in Philadelphia, we strive to support local photographers through gallery exhibitions, events, artist talks, and workshops. We are an artist-owned gallery collective which fosters an equal dialogue between curator and artist. We strive to connect with the community through open dialogue about social, political, and artistic ideas filtered through the lens of photography. The rest is Gravy.” – Gravy