Water inspires a unique fascination as a visually complex, mesmerizing substance that is also essential for human life.   From the pristine to the toxic, turbulent to placid, Fluid Dynamics assembles a collection of photographs and paintings that address a diverse spectrum of ways of depicting, contemplating, and interacting with bodies of water.

Deborah Weiss’s oil paintings on panel are the most abstract and gestural pieces in the show, utilizing an intriguing absence of contextual cues as to the scale of the subject.  The palette and textures suggest shorelines with intricate deposits of silt, but they could easily be interpreted as storm systems, ocean currents, or weathered wood.

The patterns in Weiss’s paintings would feel right at home as vignettes along the shoreline of the Salton Sea in Geoffrey Agrons’s photos. In the 1950’s and 1960’s the area was home to luxury resorts. By the 1970s, agricultural runoff, evaporation, and low rainfall had rendered the water toxic and saltier than the Pacific Ocean. Massive fish die-offs, algal blooms, and related bird deaths rendered the area unattractive for those seeking a beach vacation.  Other photographs capture scenes from shorelines impacted by hurricanes, pollution, and drought. Independent of this narrative, the photographs contain melancholy yet peaceful vistas punctuated by bleached driftwood and architectural relics of nautical activity.

Agrons’ ecological allegories pair with Sebastien Leclercq’s scenes of shipping vessels that damage the very environment upon which their industry depends.  The views from different parts of the world, desert and arctic, imply different facets of climate change.  Leclercq spent five weeks aboard several ships in the Finnish Maritime Fleet, documenting the contemporary state of an ancient tradition. The boats are so enormous that at times they seem abstracted and transformed into colorful, geometric compositional elements rather than floating factories.

Leclercq’s views of ships lend context to Brooke Lanier’s paintings. The saturated colors and hard edges of boats and docks create a collage effect in real life.  Lanier pushes that line of thought and creates collage-based paintings that recombine beloved landscapes in the composited manner of unreliable memories. Alongside Leclercq’s photographs, Lanier’s paintings are reconnected to their origins, creating a dialogue. 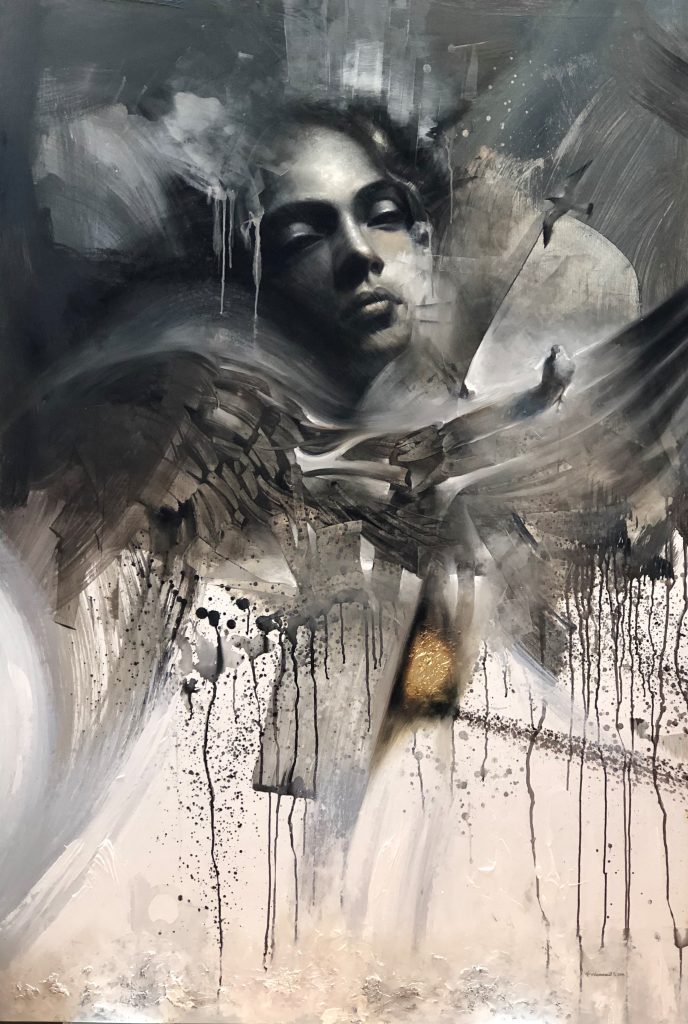 Tierra, Aire, Fuego, and Agua by Yehoshua Villarreal I

WHAT: Philadelphia’s leading Latin American Art gallery is premiering a new
series of paintings by award-winning artist Yehoshua Villarreal I . Elementos |
Tierra, Aire, Fuego, and Agua explores the subjects of earth, air, fire, and water in
Villarreal’s unique style of figurative images and structural compositions which
complement and complete each other in this series.

Yehoshua Villarreal I was born in Venezuela and moved to Miami in 1996.
Villarreal’s paintings are in museums, private and corporate collections
and he exhibits internationally.

“Yehoshua’s work is an exercise in provocative juxtaposition – the
imaginative and allegorical subjects challenge the precision and control of
his techniques,” shared RACSO Gallery owner Oscar Villamil.

WHO: Available for interviews and photographs – Miami based artist Yehoshua Villarreal I and RACSO Art Gallery Owner Oscar Villamil 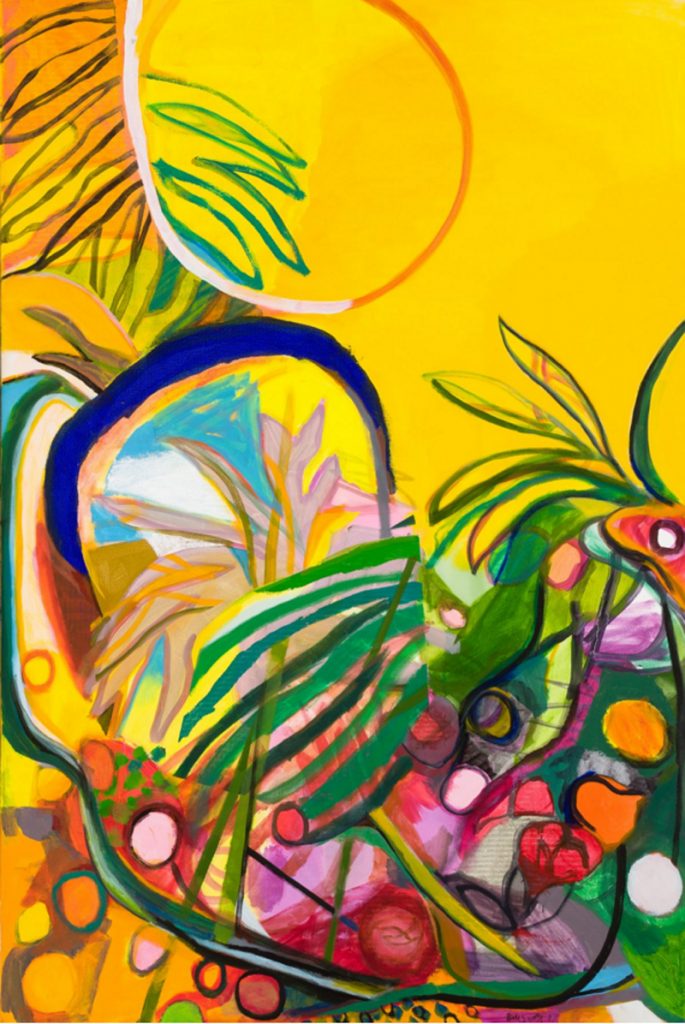 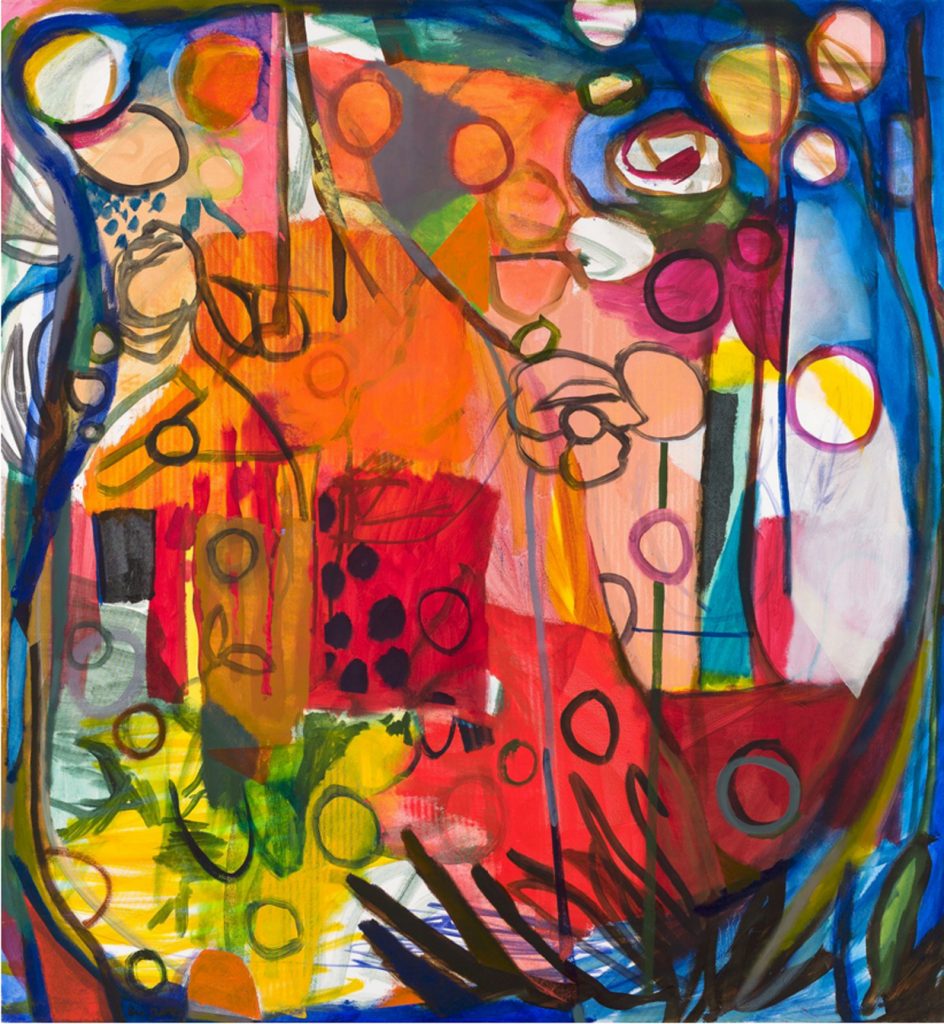 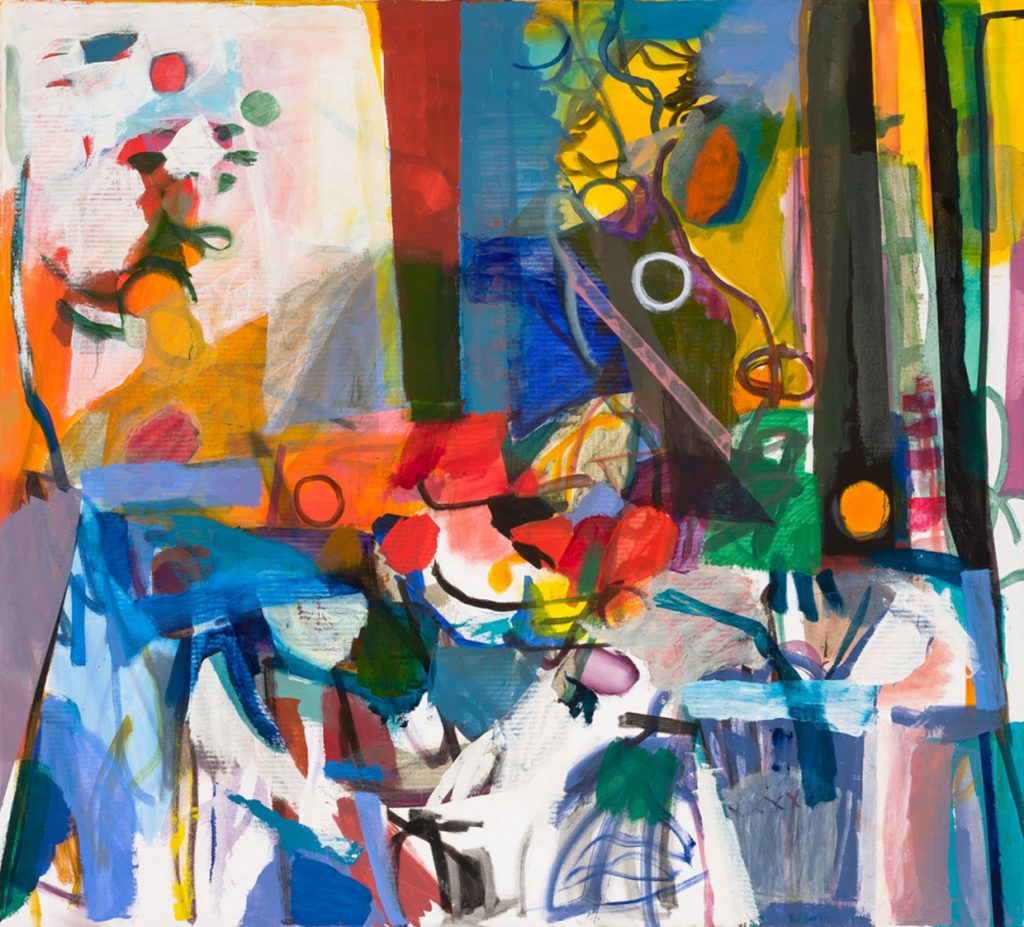 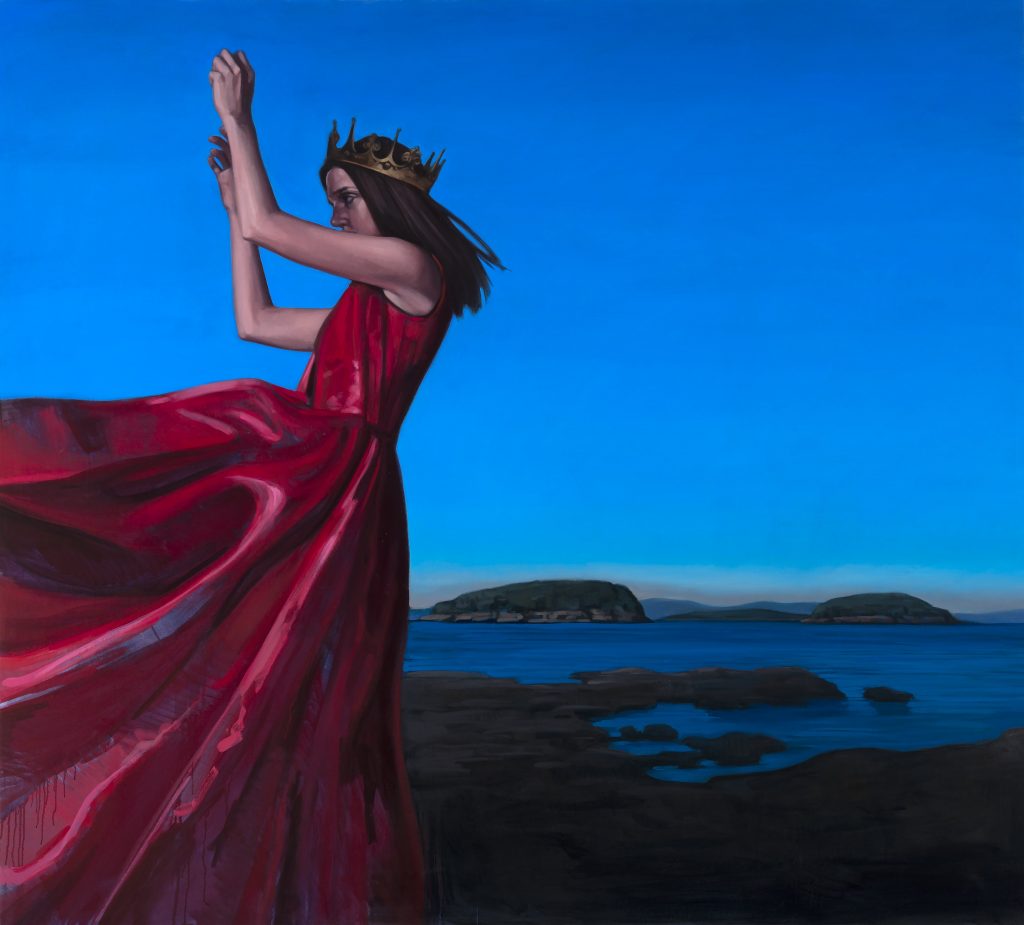 Paradigm Gallery + Studio is pleased to present
Far from the Tree

In her third solo exhibition with the gallery, Katherine Fraser draws inspiration for Far from the Tree from fables and explores what it means to have control over our own destinies. Universally-known stories and endings are suddenly given the ability to change. The artist’s most cohesive series to date, each character is presented with the agency to alter their own outcomes.

In the work, The War of Independence, the natural beauty of the Acadian National Park
acts as the backdrop. Having grown up in rural Maine, the landscape is a reference to
the artist’s childhood – a symbol of a time when Fraser felt her most strong and
independent.

Fraser says, “When I use the rural landscape in my paintings it symbolizes
the homeland; I use it to create a feeling of peace and protection. I mostly paint solitary
figures, and being alone in nature is the best kind of alone. In nature I feel most myself,
vibrant, and at one with the world.”

Fraser’s figurative compositions ‘depict moments of quiet reflection and insight, of wonder, vulnerability, yearning, determination, humility, strength, and growth’. She cites realist painters Edward Hopper and Bo Bartlett as influences, but also sees parallels between her work and photographers like: Diane Arbus, Mary Ellen Mark and Sally Mann. All of these artists act as storytellers, capturing individuals in moments and settings with a great deal of intimacy. 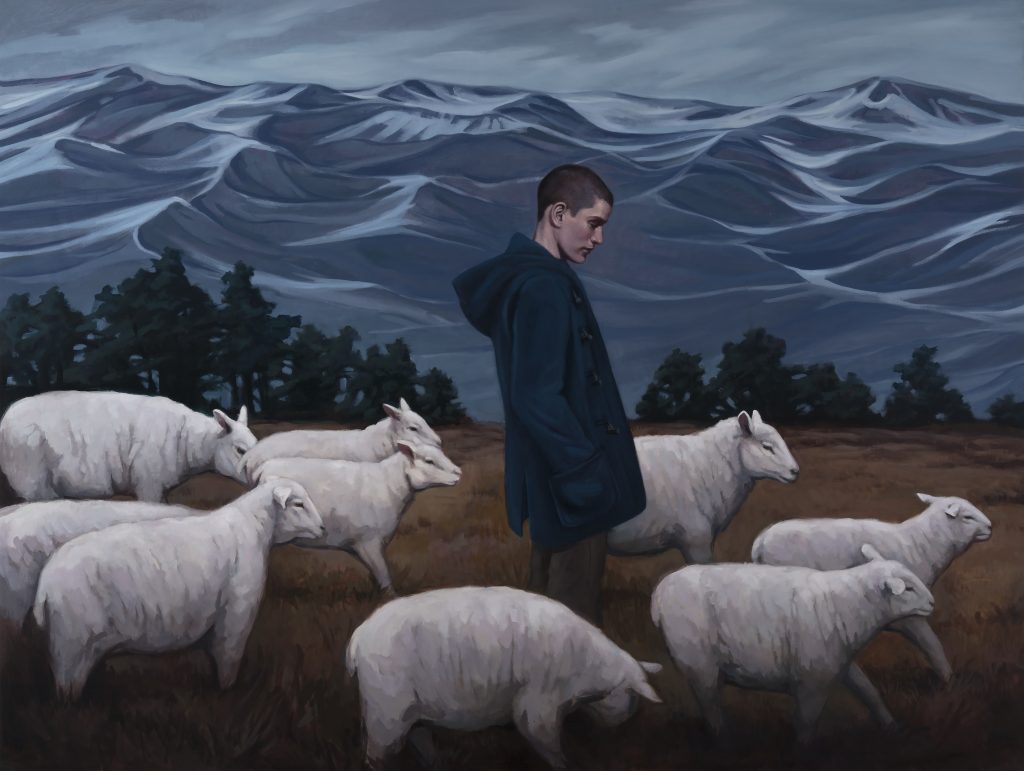 Classically trained, Fraser exclusively works with oil paint for its flexibility and luminosity, striving to make her paintings beautiful, but also to emotionally engage with the viewer. Fraser likes to draw attention to dynamic and conflicting emotions within individual characters. In her overall practice she seeks to portray ‘our continual need to reckon expectations with truth, and the struggles we endure to feel satisfaction with our choices’.

In Far from the Tree, Fraser asks the viewers, “how much power do we really have to
change the narratives of our own lives”?

Established February 2010, Paradigm Gallery + Studio started as a project between co-
founders and curators, Jason Chen and Sara McCorriston, to create a space to make artwork, exhibit the work of their peers, and invite the members of the local community to make their own artwork in a welcoming gallery setting. Over the years, Paradigm Gallery + Studio has become a gallery of diverse contemporary artwork from around the world, while maintaining a focus on Philadelphia artists.

Katherine Fraser has been exhibited in galleries and museums throughout the United
States. She is a graduate of the Pennsylvania Academy of the Fine Arts and of the University of Pennsylvania. As a student she received the Thomas Eakins Painting prize, the Cecelia Beaux Portrait prize, and the William Emlen Cresson Memorial Travel Award, among others. Since graduating in 2002, she has received awards including the Lucy Glick Award and the Victor Klein Family Award. Her work has been published in Studio Visit Magazine, Philadelphia Weekly, Die Blumen die Frauen, The Fertile Source, New American Paintings, The Southern Review, the Best of American Oil Painting, and more. Her work may be found in many permanent and private collectionsmnationally and abroad.

brewermultimedia.com/post-2021/
Philadelphia Open Studio Tours Northeast 2021, April 21, 6:00 – 8:00pm
Your virtual studio tour of Philadelphia continues! Grab a seat to visit with over 30 POST new Philadelphia-based artists, with visitors visiting from all over the world and across the country (literally!).
#post21 #cfeva #studiotours #artstudio ... See MoreSee Less

brewermultimedia.com/solo-exhibit/
In 2020, as the Covid-19 pandemic swept the globe, Linda Dubin Garfield cancelled her travel plans and instead spent time reminiscing about her past travels.
#philadelphia #lindadubingarfield #dvaa #prints ... See MoreSee Less